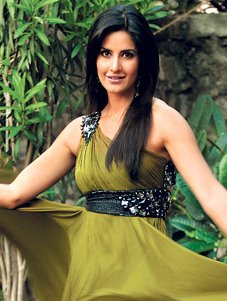 Bollywood actress Katrina Kaif is not taking rumours of her marriage with an Indore-based politician in good humour. She says people should have fun, but within limits.

'The police have already issued a statement saying that it is utter rubbish and the police are going to arrest him and serve notice. I hope they do. I agree doing it in fun is one thing but there should be a limit,' Katrina told reporters here.

'People shouldn't cross the line. I will definitely support the police' decision to penalise the person,' she added.

The news came in effect after a marriage certificate approved by the Indore Municipal Corporation came to surface. It claimed that the 24-year-old is married to local Bharatiya Janata Party member Ramesh Mendola since Dec 2, 2008.

The actress was in the capital to launch Veet's Ready-To-Use Wax Strips. Katrina is the brand ambassador of the brand.