It has rightly been said that change is the only constant in life. Keeping this thought in mind, BollyCurry brings to you a variation to our usual Stars: Then and Now articles. This time round, we'll be featuring the journeys of Bollywood's biggest superstars in recent times. A lot can change in matter of few minutes and surely the lives of these handsome hunks have taken them through sky high successes and disappointing failures. Today, we take you on a ride to back in times when these stars were new to films and the Bollywood fraternity. 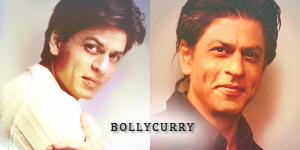 The Baadshah of Bollywood, Shah Rukh Khan is a perfect example of a zero-to-hero story. SRK started his career appearing in various theater projects and television shows in the 1980s. His dream debut in Bollywood came in 1992 with Deewana, after which he gained popularity in portraying negative roles. It wasn't until the release of one of Bollywood's all time blockbuster movies, Dilwale Dulhania Le Jayenge, that he rose to stardom, earning him the tag of King of Romance. King Khan, as media and his fans call him, has starred in more than eighty films so far from which thirteen have accumulated a gross earning of Rs 1 billion worldwide, making him one of the most successful stars Bollywood has ever seen. Earlier this year he was named the second richest actor in the world with a net worth of $600 million. 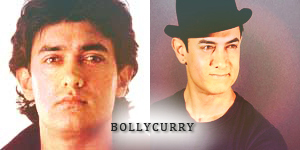 Aamir Khan is one of the most talented actors that the industry has ever come across. His sincerity towards his work and his methodical perfection towards his craft has become a sort of inspiration to the younger generation of actors. This superstar made his debut at a very young age. As a matter of fact, he was merely eight  years old when he appeared as a child artiste in his uncle Nasir Hussain's film Yaadon Ki Baraat. His first prominent film came later in 1984 at age of nineteen in the form of an experimental project name Holi. Some of his biggest commercial adventures include 3 Idiots, Ghajini and Dhoom 3, all of which hold the title of being the highest grossing Bollywood films of all times. Today, through his well established career, Khan has become one of most influential celebrities in Bollywood and India. 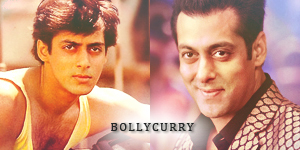 Next up on our list is the Bhai of Bollywood, as he is fondly addressed by his colleagues and fans. Salman Khan, son of the famous actor and screenwriter Salim Khan, started his career with a supporting role in the film Biwi Ho To Aisi. But it wasn't till his second flick, Maine Pyar Kiya, that he shone under the spotlight and garnered the attention of the public. Through his commercially successful films, he carries the record of being the only actor in Bollywood to have appeared in movies that have done exceptionally well at the Box Office for nine separate years of his career. His five recent back to back blockbusters, Dabangg, Ready, Bodyguard, Ek Tha Tiger and Dabangg 2, only serve to reaffirm the popularity and success of this Khan. 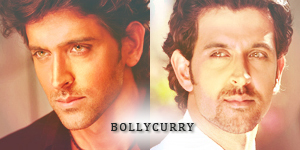 Apart from the Khans, the following actor is another superstar who is well known for his breathtaking dancing and versatility in his acting. Son of the famous producer Rakesh Roshan, Hrithik Roshan came to the limelight with small appearances as a child artiste in the 1980s. It wasn't until his dream leading debut with the film Kaho Naa... Pyaar Hai in 2000 that he rose to stardom by winning the prestigious Filmfare Awards for the Best Actor and Best Debut Male. Unfortunately for him, post his debut, he hit an all time low with several less notable performances until he starred in the blockbuster Koi... Mill Gaya. His latest outing was the third film in the Krrish trilogy, Krrish 3, which was one of the highest earning films of 2013. Through the ups and downs of his career and personal life, Roshan, however, has established himself as one of Bollywood's most talented actors. 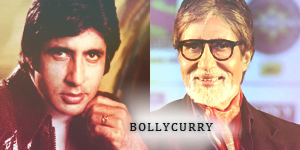 When mentioning the superstars of Bollywood, how can one not mention the Shahenshah of Bollywood? Amitabh Bachchan, or Big B as he is more popularly known, gained popularity in the 1970s with movies such as Zanjeer and Deewar, which is when he was bestowed with the title of Angry Young Man. Bachchan has appeared in over 180 movies over his career spanning over four decades. His dominance in Bollywood is such that the French director Francois Truffaut called him "one-man industry". Along with winning countless awards from various different ceremonies, he has been honored with the National Film Awards for Best Actor thrice. Spreading his talent, Bachchan is one of the few handful of Bollywood actors to have appeared in a Hollywood film. His debut Hollywood appearance was in the critically acclaimed film, The Great Gatsby.


Here's ending this expedition of Bollywood by mentioning a few fun facts relating to these superstars. Don't forget to comment below with the name of your favorite movie from these stars' career.
Author: Komal P.
Editors: Ritchelle C and Jenifer Y.
Graphics: Shikha A.

Have a suggestion or comment for BollyCurry? Then drop us a PM at BC_Dropbox today!
16 Likes