Kamya Punjabi aka Sindoora of Dulhaan is on a holiday spree. Her stint with the show Dulhann is over and she has been enjoying Diwali to her heart's content. We called her up to know what’s next in the 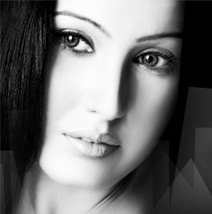 “I’m planning to take up theatre now. I have few offers but have not yet finalized on it,” says Kamya.

What kind of roles are you looking out for on stage? “I want to do more serious roles on stage, but the offers that I’m getting are for comedies. For now I’m meeting people and in few days will sit with the scripts. This will be something different from television,” she quips.

“I want a break from comedy now. It’s been long that I have been doing Comedy Circus and feel it is now overdose for me,” she adds.

After the hectic shooting schedule on television, Kamya was on a break and was off to the US for vacation. “I had gone to USA but for 15 days only, as I wanted to celebrate Diwali in India. It was hectic too as I had to rush back. This Diwali I had a blast with get-together, and just last night the parties at my house ended. I lost lots of money while playing cards.”

So what’s next on television? “For now there is nothing, I’m still on a break. In television also I’m looking out for some strong character to play,” she concludes.

For now it’s time for some plays for Kamya. We hope this is a good change for the actress.

14 years ago She was so great in Dulhan! I already miss her! But best of luck!

+ 2
14 years ago Thnks luved her in Dulhann n Comedy circus!!

+ 2
14 years ago she did a wonderful job as sindhoora , she is the only negative character i like , moreover i luvd kamya and rajeev in comedy circus, they were awesome!!!

Lolz...Thanx for the article I agree with Mandy didi, she''s good at the serious sroles...hehe

Aw...that''s why I avoid games where I could lose money...hehehe.

14 years ago looking good in pic.its good if she try something different

14 years ago kamya is a talented actress,she acts good in a comedy circus but she wants too do some other things,i mhave to say that she do comedy it suits her ans comedy is really enjoyed by everyone.