Every year Bollywood sees a certain trend in their movies whether it be spy movies, or remakes, or love stories, or any other genre! This year, according to us, seems to be the Year of the Jasoos (detective). To prove our point, BollyCurry brings to you the Jasoos movies planned for the year, in no particular order. 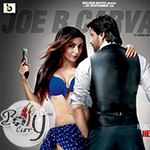 First up is the recently released movie starring Arshad Warsi, Mr. Joe B. Carvalho. A comedy caper of sorts, Carbalho (played by Arshad Warsi) is the regular run-of-the-mill comedy detective who stumbles into mysteries and their resolutions. While investigating the case of a missing girl, Carvalho is mistaken to be Carlos (played by Javed Jaffrey) and from there begins the crazed comedic plot. The film did not do too well at the box office, in part due to the competition from the classical Sholey 3D movie in theaters at the same time. 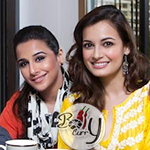 The next movie is the Vidya Balan starrer, Bobby Jasoos. When the first pictures of Vidya Balan dressed up as a beggar made rounds in the media, it raised expectations from the movie and made it one of the most awaited detective movies of the year. The movie is produced by Dia Mirza and Sahil Sangha under the banner of Born Free Entertainment, which earlier produced Love Breakups Zindagi (2012). Nothing is known about the movie at this time except that it is expected to release in the summer of this year. Reportedly, while shooting, a passerby assumed Balan was a begger in real and offered her money while scolding her for begging, unaware that it was a shooting for a film. 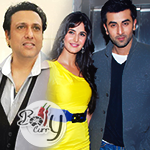 The third detective movie on our list is Jagga Jasoos, starring Ranbir Kapoor, Katrina Kaif, and Govinda. The film is being directed by Anurag Basu and is a comedy mystery caper. It is set to release on 2nd October 2014. Ranbir Kapoor will be seen playing an 18-year-old high school student, while Kaif will appear as his girlfriend, and Govinda as his step-father. In an interview, Basu said the movie would be a combination of Sherlock Holmes plus James Bond with some Mission Impossible scenarios, along with the right doses of action, comedy, and music. In short, it will be the typical masala Bollywood entertainer. Now it remains to be seen whether what he said will turn out to be true or not. 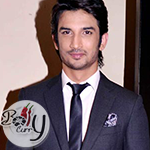 The final movie on our list is the popular detective, Byomkesh Bakshi. Tentatively named Detective Byomkesh Bakshi, the movie will star Sushant Singh Rajput in the lead role. It is directed by Dibakar Banerjee, the director of Love, Sex, Aur Dhokha (2010). Banerjee has said that he will recreate the pre-Independence Kolkata in the film and will follow the activities of the Bengali sleuth fresh out of college. Over the years, Byomkesh Bakshi has been played by several actors including Rajit Kapoor, Bengali superstar Uttam Kumar, and Sujoy Ghosh in a Bengali adaptation. The movie's shooting has begun and is reportedly releasing at the end of this year, but there have been no confirmations as of yet.
From comic detectives to serious detectives to popular detectives, Bollywood will see them all this year, in the Year of the Jasoos, as so named by the BollyCurry team! Now what remains to be seen is whether our audience will appreciate all these detectives or whether, like Mr Joe B. Carvalho, audiences will choose to stay away. Here's wishing the upcoming movies much success!
Writer: Shreya S.
Editors: Harjot D. and Gunia M.
Graphics: Preet K.
13 Likes

Vidya Balan: No One Can Be Blamed, Let Sushant Rest In Peace

Rakul Preet Singh confesses to being a part of drug chats ...
25 minutes ago