The countdown of the much awaited Indian Television Academy (ITA) has began with the technical awards being given on Saturday. The popular awards will be given on 9 th December.

Noodle strap, Mandira Bedi was the host of the eveining along with Sharad Kelkar and Smriti Iraani. The later's SET show Viruddh , got the best dialogue award.

In a very good move, south film legend Khushboo too was rewarded for having achieved iconic status in Southern Television

One event that got maximum applause was the Baa & Bahu act - where older genearation heroine performed to their time hit number and the same were remixed by current babes. So we had Mere Piya Gaye Rangoon by Shubha Khote and its Remix version by Amrapali, Kabhi Aar Kabhi Paar by Savita Prabhune and it remix version by Jasweer Kaur, Leke Pehla Pehla Pyaar by Shama Deshpande, remixed by Karishma Tanna.

The celeb who graced the event were Ramesh Sippy, Madhur Bhandarkar, Preety Jhangiani, David Dhavan, Gulshan Grover, Mumtaaz, and Amirta Rao, notable absentees who had promised to turn up, but did not appear were Shabana Azmi, Hrithik Roshan and Mahesh Bhatt.

Both the techincal and popular awards will be telecasted on 31st December on Star Plus.

Now to the Technical Award Winners at a Glance: 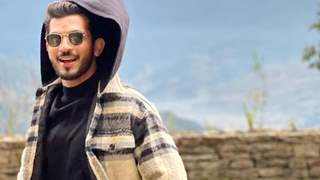 14 years ago thanks a lot for this article! i was waiting for this one! :)

but i am confused about one thing..there were Program categories too in these awards with nominees for 'Best Historical/Mythological Serial', for 'Best Actor' 'Best Art Director'..'Best Child Artiste'

These are different from 'Popular Awards categories'. When will the awards be given for these??

I'm confused coz some categories like Best Make-Up..'Best Costumes..hv already been awarded....

Can someone plz clarify this...

14 years ago thank u /great work,can't waite 2 watch it. it looks good.

+ 5
14 years ago Greeat work :P but the first few pix weren't as clear as the others:$ but otherwise lovely pix :D

+ 3
14 years ago Congrats to everyone who won for Technical Awards.. cant wait until Sunday when the show airs! :) thanks for the article!

14 years ago Thank So much for da article and the pics!!!

+ 2
14 years ago thanks, Vikas is luking dam gud in that pic

+ 5
14 years ago Was it only the technical awards?? Congratz to the winners.

Looking forward to the popular night :)