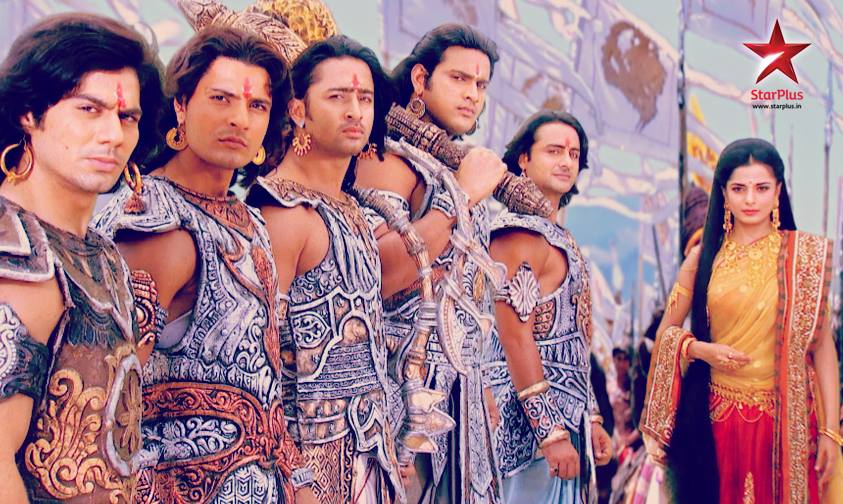 Siddharth Kumar Tiwari's popular mythological series, Mahabharat on Star Plus, has surely created a rage throughout the country.

The epic show Mahabharat which gained immense popularity and appreciations from all over, is all set to bid adieu. The show is going to air its last episode tonight and the entire cast and crew of the show are going to be together to celebrate their success bash in full swing. The cast and crew will be gathered to watch the last episode of the show together tonight and then all will dance and rejoice the success of the show together.

The show also managed to garner good numbers and the show had a good bunch of actors who stole the hearts of many because of their amazing acting skills. We heard that, yesterday the dedicated team of the show shot for the entire night.

We tried contacting producer Siddharth Kumar Tiwari but he remained unavailable to comment.

Well, Mahabharat will surely be remembered by the viewers!

6 years ago I will miss mahabharat so much...cant imagine 8.30 time slot without it,they could hav extended it for some more time...whatever this show will remain in our hearts forever till the end of time and at the same time i wish they will retelecast mahabharat soon..please starplus consider this request of all fans v gonna miss it so much

Vinnisaanvi 6 years ago It's an amazing show.i miss mahabharat a lot...

+ 5
6 years ago Will miss Mahabharata quite a lot. All godo things come to an end,I guess.

6 years ago OMG !!!! Im loving tis show #Mahabharat , so sad it gonna b over soon

+ 6
6 years ago Couldn't watch the show regularly and some of things were too dramatized and yet it was a very good attempt.

+ 4
6 years ago awesome show...all the characters will be remembered always...