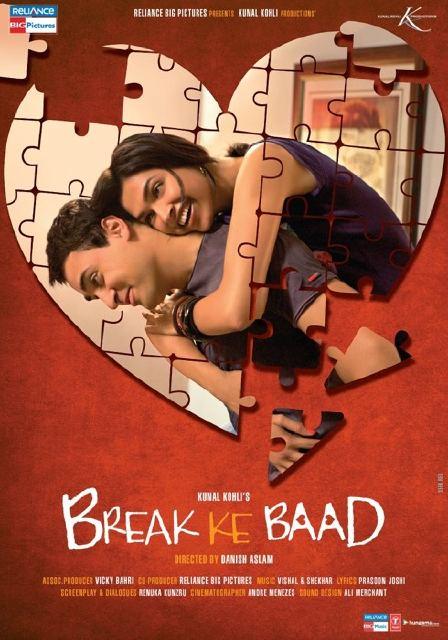 Have you ever wondered what happens to a couple after their story in the film ends? Is it always just a blissful end before a perfect beginning? Well, director Kunal Kohli has decided its about time we get a reality check on the after, of happily ever after!


In his upcoming flick, Break Ke Baad, starring Imran Khan and Deepika Padukone, director Kohli has actually shot an epilogue to the story, after the screenplay is over.

What possessed him to do this?

Well, after Hum Tum, everyone was interested in knowing what happened to Karan and Rhea post the 'happy ending'. However, despite requests for a sequel to the Saif-Rani blockbuster, Kohli put his foot down. It is then, his way of making up to the fans. And hence comes about an epilogue, Break Ke Baad!

As can be gauged, this extra bit is intent upon showing a glimpse into the life that Deepika and Imraan will live after the story is over.

Also, there happens to be a related music video that was shot for the film. While at first Kunal wanted to do away with it, upon much insistence from the lead pair, and a belated appreciation of the lyrics, Kunal has included the video as well.

What were this magic weaving lyrics? It is being claimed that a certain line "Dooriyan zaroori hai" did the job. Kohli is a strong believer of separations in love, it turns out. The line just clicked it for him!

So let's get all geared up to witness the first ever 'After the Happily Ever After' screenplay in Kunal Kohli's Break ke Baad.

Rhea Sharma to be seen in Ekta Kapoor's next?
48 minutes ago