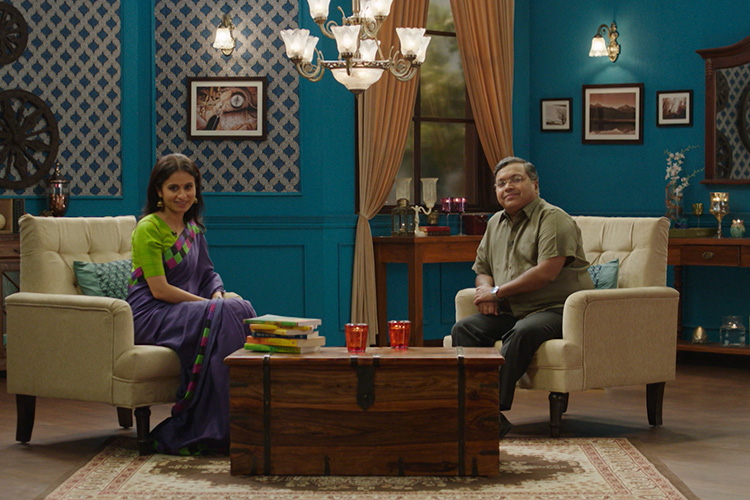 EPIC channel has announced an all-new season of its most popular and highly acclaimed show on Hindu mythology - Devlok with Devdutt Pattanaik Season 3. The new season will air from July 4 and will be telecast every Tuesday at 8:00 pm.
Helmed by well-known author and mythologist, Devdutt Pattanaik, the new season will see a series of fascinating discussions and interpretations between Pattanaik and the host of the show - widely appreciated actress Rasika Duggal. Set in the casual setting of a chat show, the episodes dip into myriad topics and lesser-known tales and enigmas that will be re-told and revisited by Devdutt in his signature storytelling style, making mythology more interesting for everyday audiences.
Exploring and interpreting the questions that arise from Hindu mythology, the new season will take audiences on an engrossing tour through the myriad stories, symbols and rituals that form the basis of Hindu culture.
Commenting on the new season, Devdutt Pattanaik said, "Through the Devlok series, my main aim is to decipher ancient mythology concepts through an objective lens and make sense of the stories for Indians today. There are different instances in Indian epics which give us a chance to relate to and build a ground to talk about numerous modern concepts. The show has grown to be a great way to build a mass connect with audiences and I am really looking forward to the new season."
Devdutt Pattanaik illustrates and lectures on the relevance of mythology in modern times and since 1996, he has written over 30 books and 700 columns on how stories, symbols and rituals construct the subjective truth (myths) of ancient and modern cultures around the world.
1 Likes

Sanjay Dutt's Close Friend Reveals his Condition and How He ...
6 minutes ago

Virat Kohli and Anushka Sharma 'Take a Break' with Instagram ...
7 minutes ago

'Tujhse Hai Raabta' to take a Leap; Checkout their Post Leap ...
59 minutes ago