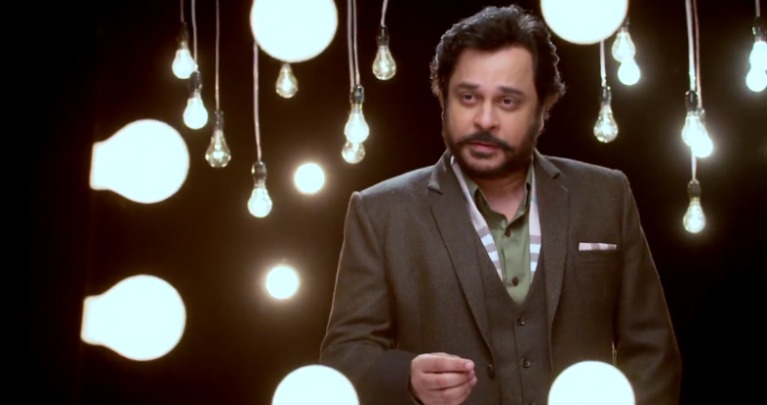 Star Plus' popular show Ishqbaaaz has been churning out interesting tracks off lately and while Shivaay (Nakuul Mehta) and Anika's (Surbhi Chandna) separation drama is already keeping the viewers' excitement levels up, there's another revelation on the cards.
A couple of days back, we reported about how Tej Oberoi (Mahesh Thakur) is all set to return to the show. And now, according to the latest track, his return is going to create a havoc in Shivaay - Anika's life.
It will so happen that Anika, after trying really hard to keep the hidden truth about Shivaay's illegitimacy a secret, will be forced by Omkara (Kunal Kulbhushan Jaisingh) and Rudra (Leenesh Mattoo) to tell them what is it that she is hiding? And, after having told them the truth, she will ask the duo to make a promise - to not let Shivaay know about it.
While they will manage to keep Shivaay aloof from the truth, it will be Tej who will reveal the same before Shivaay. Upon knowing this, Shivaay will be left shattered and broken. Not only that, he will also bring Svetlana back with him.
This truth will force Shivaay to leave Anika post which the 3 months of time lapse will be shown.
What will happen next? How will the two be seen post the lapse?
6 Likes

fatty112 3 years ago It's time to officially quit this show. It is getting too negative and baseless

Shaina_b 3 years ago Why would Svetlana be back??

nikki.171 3 years ago If Tej is gonna reveal the truth, whats the whole point of Annika doing all that she is doing. And if Tej really does let the cat outta the bag, there will beno reason for OmRu to remain quiet. AND if Svetlana really is back, it is going to be so annoying, its a constant rinse and repeat for RiKara. As it is, the Shivika separation is gonna be so hard to watch.
Surbhi Chandana Nakuul Mehta Leenesh Mattoo Kunal Kulbhushan Singh Mahesh Thakur and the whole cast is fabulous. Congrats on Ishqbaaaz hitting 300 episodes.

cooks09 6 years ago Extremely bad idea. I just can't understand how she's acting in Bollywood without knowing acting but on basis of what ??? It's rediculous how people are accepting her even while knowing her background.

RamanIshita 6 years ago This is what India has come to..

I'm from Canada and Sunny Leone is a nasty disgrace to all Canadians.