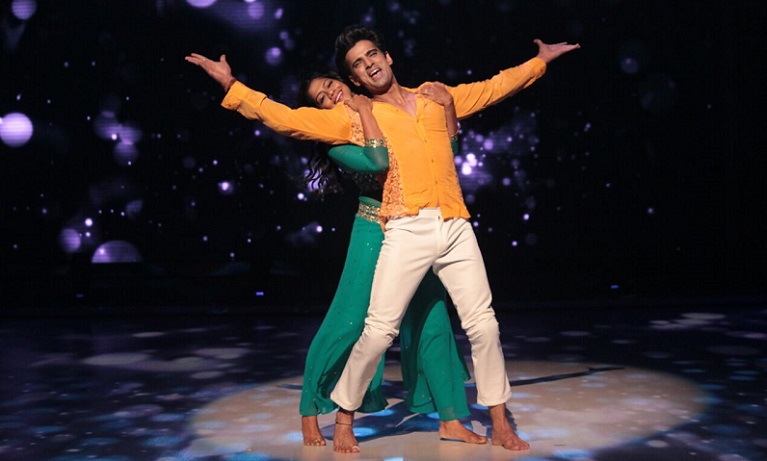 As the stage of Colors' popular celebrity dance reality show Jhalak Dikhla Jaa 8 is on fire with the contestants showcasing their dancing talent every week, this week they will be seen performing on a new theme.

This week, the contestants will be seen performing on some popular dance numbers of some iconic faces of Bollywood. Popular hunk Mohit Malik is happy with the appreciation and special compliment that he received from judge Karan Johar.

Our source informs us, "This week, the contestants get to perform on the dance numbers of some popular icons of Bollywood. Mohit performed on the dance numbers of Shah Rukh Khan and he received good compliments from the judge Karan Johar. After the performance Karan told him that he has the similar charisma of Shah Rukh Khan and both of them rose to fame while essaying negative characters. Mohit also got good scores for his performances."

When we contacted Mohit, he said, "It was a dream come true for me to perform on the dance numbers of Shah Rukh Khan and I am really feeling lucky about it. My performance is a tribute to the King of Bollywood. I am really happy and feeling proud to get good compliments from Karan Johar."

5 years ago Wow so happy for u Mohit malik..hope u will get deserving scores this time

5 years ago Love u MM..plz judges be fair to him..He is sooo cute..

5 years ago can not wait till I see u play SRK. You are such a amazing actor, dancer and your charismatic looks compliments all. You are true package of talent. I hope to see u soon in Bollywood. After seeing u play SRK, I wish KJO should offer u a film. Will keep my fingers crossed

+ 2
5 years ago He is 1 hidden star I must say...to b honest he looks so muscular I thought it' l b difficult for him. But he is amazing. Plus he has very talented choreographer. All my good wishes to him...such a humble and honest person.

+ 3
5 years ago Very happy for Mohit Malik he is Such a hardworking and dedicated guy in non dancer this season Faisal is my fav...but no Doubt MM is superb in all d non dancers this season so as a non he is the winner for me hope judges stop being unfair with him

+ 2
5 years ago I am glad to see Mohit getting appreciated..He has improved leaps and bounds

+ 4
5 years ago awww not following the show ardently but little I have seen of Mohit is worth applauding if he is a non-dancer !

5 years ago Love u MM..ur the winner in my eyes..For sure..very excited to see ur performance tonite

5 years ago Very happy for Mohit Malik. Such a hardworking and dedicated guy! May he go far in the competition :)