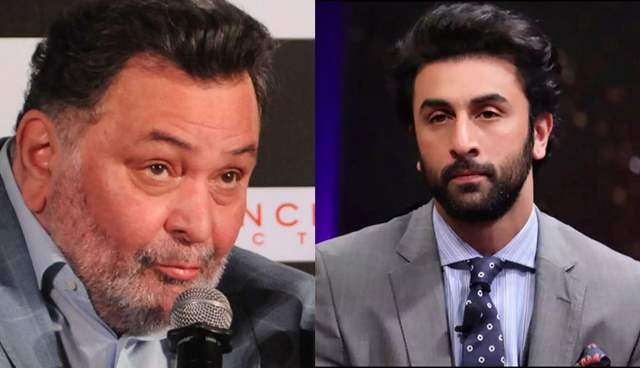 Abhishek Bachchan is currently basking in all the glory for his recently released film, 'The Big Bull'. And for the promotions of the same, the actor has been giving out back to back interviews.

In a recent interview, Junior Bachchan opened up and revealed about the time he worked with late actor Rishi Kapoor and narrated a sweet incident from their time spent together. And it involves Rishi's son and actor Ranbir Kapoor!

Abhishek and Rishi have worked together in films like Delhi 6, All Is Well, etc. and recalling a few memories of shooting with him, AB revealed that Rishi Kapoor would follow a celebrity gossip website, to find out what his son Ranbir Kapoor was up to and AB found this habit of the senior Kapoor too sweet and adorable.

During his interaction with Film Companion, Abhishek said that it was while he and Rishi Kapoor had been shooting for a film in Shimla, that he discovered how Rishi Kapoor would keep tabs on Ranbir Kapoor.

He described what he saw when he went to Rishi Kapoor’s room one morning to have coffee with him. He said,

We were shooting in Shimla, and in the morning, I went to his room because I used to sit and have coffee with him in the morning. I walked into the room and he was in his lungi, he had these small glasses and he was on his computer. I found that very cute from behind, this visual.

“The only way I can tell what Ranbir is doing.”

And I am like, ‘This guy, he is amazing! He had no filter. He would just say it.’ So, he was following (the site) to know what Ranbir was up to. I found that so sweet.”

After Rishi Kapoor’s death last year, Abhishek Bachchan had mourned his demise, and penned a social media post that read,

“The true measure of a great man is...

When upon his passing, you don't just remember him, but you remember yourself with him! I will always remember how you made me feel, Chintu uncle. Your love, encouragement, humour and honesty. Some losses are too personal to discuss publicly. You just have to cherish the moments together and the memories. I will always...”

On the work front, Abhishek Bachchan was recently seen in the film The Big Bull, which is based on the chronicles of stockbroker Harshad Mehta.