Does everyone really think that "happily ever after" is the best end to a Bollywood movie? Have you ever wondered at the end of the film, how everything randomly falls into place? What is the sense of it all, if the entire story is just wasted with a perfect ending, and no one learns anything, or only one person changes - the end should have just been the beginning, and the whole movie should have just been nothing but happiness and sunshine. (Yes, that would have been a boring movie, but it would have made more sense!) With that in mind, BollyCurry presents it's exclusive analysis on Bollywood's logic meter. 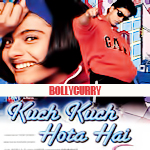 Take a deep look at Karan Johar's Kuch Kuch Hota Hai, for example. Rahul (Shah Rukh Khan) and Anjali (Kajol Devgn) are best friends, like chaddi buddies. The entry of the sexy Tina (Rani Mukherjee) has playboy Rahul falling head over heels "in love", prompting Anjali to realise that she is also in love with him. Knowing his love for their mutual friend, she leaves the city and his life forever, hence she never finds out that Tina had passed away after giving birth to a baby girl. A few years down the line, Tina and Rahul's daughter, also named Anjali (Sana Saeed) sets out to reunite Rahul and Anjali as per her late mother's letters and wishes. Songs, dance sequences, elaborate schemes and matchmaking, Anjali's engagement to someone else, etcetera etcetera, stand in the way of her success, but of course the film ends on a happy note as Rahul and Anjali get married. But this completely contradicts the tagline "Love only happens once" which happens to be Rahul's definition of when he was in college. Does this mean Rahul never truly loved Tina? So he married someone he was infatuated with? Or was his love for her less than his love for Anjali? Than how was he so happy with her? And he only noticed Anjali after she turned from a tomboy into a girly-girl. Superficial, no? 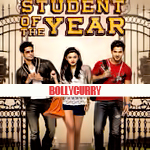 The more recent Student Of The Year, also a Karan Johar film, is another example of a too-neat-to-exist ending. Two best friends, Rohan (Varun Dhawan) and Abhi (Sidharth Malhotra) are in love with the same girl, Shanaya (Alia Bhatt). Or at least, that's what we are meant to believe. Rohan is a flirt, and Shanaya wants a more committed relationship. Using Abhi to make Rohan jealous, she instead ends up falling in love with Abhi? But Rohan also realises he loves her too? Jealousy, a fall out, a decade of no contact and anger ends in one day when the three turn up at their dying principal's bedside. Just a few punches, a conversation, and they hug it out? How is that even possible? Okay, the movie had to end on a positive note, but Rohan forgiving Shanaya and Abhi for betraying him, cheating on him, in one day - a little unrealistic. The whole relationship was unrealistic. Was Shanaya the reason for the friendship falling apart? Was it the award? Is Rohan still in love with Shanaya? Are we supposed to make our own decisions on this? I mean, come on. It would have been more realistic if neither man got the girl and they were just all friends. Or even for Rohan and Abhi to ride off into the sunset together! At least the story would have flowed and not left so many questions. 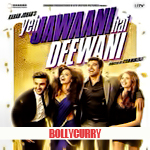 Not even fan-favourites Deepika Padukone and Ranbir Kapoor are exempt from the absence of logic in their films. Yeh Jawaani Hai Deewani may seem like it makes sense with Bunny (Kapoor) turning up on Naina's (Padukone) doorstep and confessing his love and his plans to be by her side forever, but what about all his dreams? His entire story arc before that point is that he wants to travel, to see the world. And hers it that she wants to stay in one place and help people. Yes, they love each other, but they are very different people - love does not mean giving up your being for someone else. Sometimes love does not work out. So - what happens next? Do they fight all the time, because neither wants to give up their careers? What was the whole point of showing Bunny going away right after the wedding, leaving a crying Naina behind? 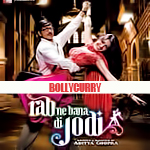 Rab Ne Bana Di Jodi tells the journey of Surinder (Shah Rukh Khan) and Taani (Anushka Sharma) from marriage to love. To win his wife over, Surinder transforms himself into a more "hip" Raj, his complete opposite, and Taani obviously falls for the more outgoing man, unaware that he is also her husband. Not only does it not make sense that Taani does not recognise him, it also cheapens her feelings for both Raj and Surinder. It is only at the end of the film, when she realises that she sees God in her husband that she leaves Raj in the lurch - and then find out that Raj and Surinder are one and the same. So this man makes her think she is cheating on her own husband, and then 'saves the day'? How do things just fall into place after that? How can she trust him, when he lied to her? How can he trust her, when she fell in love with someone else despite being married, and was almost on the verge of bailing on him by eloping with another man? Nah, tis not making any sense. 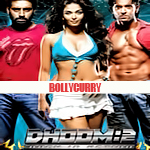 Everybody has probably watched the action-packed Dhoom 2 for one reason or the other, but has anybody ever really questioned how the ending can ever be plausible? The two police officers, Jai (Abhishek Bachchan) and Ali (Uday Chopra), spend the entire film chasing down the professional thief Aryan (Hrithik Roshan), even going as so far to hire a small-time crook, Sunehri (Aishwarya Rai Bachchan) to pretend to work with Mr. A. As fate had it, Aryan and Sunehri fall in love while they plan their next heist together, succeed - and are then tailed by the police, where Sunehri betrays Aryan and shoots him over a waterfall. However, we see at the end that Aryan and Sunehri now run a restaurant together, a restaurant Jai visits. Instead of arresting them, he lets them be? Because they are "in love"? He is supposed to be one of the best cops there is, and yet he lets the most wanted international theif go free because he says he has changed for love. Wah, wah, kya baat hai. Everybody should use this excuse.
We at BollyCurry are not against the movies mentioned above. They were beautiful stories. But as much as everybody loves a happily ever after, these endings should also make sense. Loose ends should be tied properly, not sloppily. Of course, suspension of disbelief is important in Bollywood, so I suppose this will be a thing that will not change, no matter the fact that it never adds up well. There must be so many more films that you think had happy endings that seemed tacky or confusing or just plain wrong. Leave some in the comments!
Writer: Amanda H.
Editors: Aradhna K. and Sonia R.
Graphics: Shikha A.
Have a suggestion or comment for BollyCurry? Then drop us a PM at BC_Dropbox today!