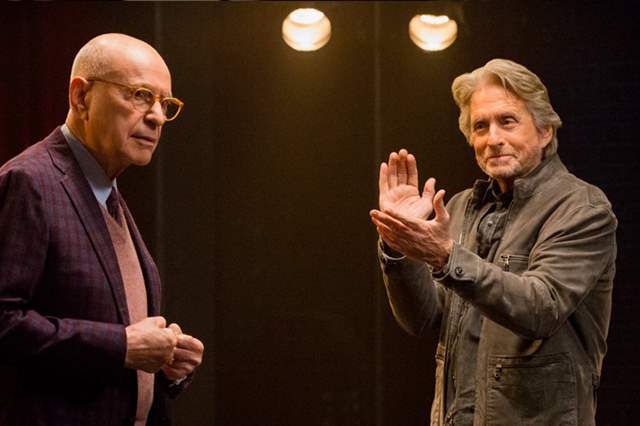 The critically acclaimed and loved comedy, The Kominsky Method is officially calling a wrap on proceedings as the show has been renewed for a third and final season at Netflix. The series starring Michael Douglas and Alan Arkin won two Golden Globes for its first season — for best comedy series and Douglas' lead performance — and has earned three Emmy nominations.

"The Kominsky Method has been a true passion project for me and it's been an incredible experience to see the warm response from both audiences and critics," said creator and executive produce Chuck Lorre. "I'm excited to wrap up the story with this final chapter."

An episode count and date for the final season haven't been set, as production on many series remains in limbo due to the coronavirus pandemic.

The Kominsky Method stars Douglas as Sandy Kominsky, an actor who had a brief brush with fame years ago and is now a highly regarded acting coach. Arkin plays Norman, Sandy's agent and friend; Sarah Baker and Nancy Travis also star.

"I feel Proud when I say that ours is the Platform of the ...
6 minutes ago

The Dispute Between Gabrielle Union & 'America's Got Talent' ...
7 minutes ago

Aamir Khan Can't Contain his Happiness after Turning a ...
52 minutes ago

Shekhar Kapur Appointed as President of FTII Society & ...
58 minutes ago