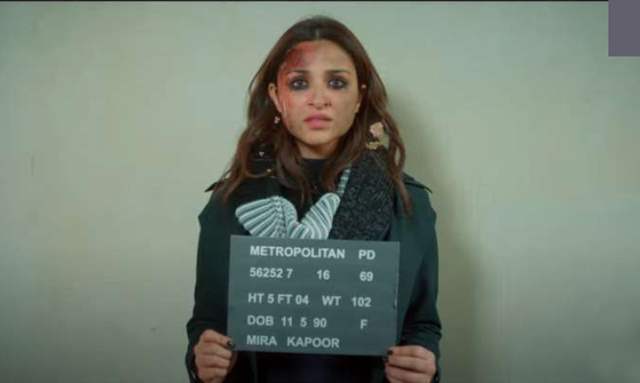 The wait is finally over as Netflix has released Parineeti Chopra’s much-anticipated trailer of ‘The Girl on the Train’. The actress’ first look from her upcoming film hyped this thriller drama and fans eagerly waited for the release of the trailer. The Namaste England actress has stunned the audience with her epic performance as it takes us on a bumpy ride into the life of the protagonist.

Looking at the trailer, there’s no denying Parineeti has successfully aced her chilling act and intrigued fans. Now, fans await the release of their favourite actress’ upcoming film which takes us on an intense ride.

Parineeti Chopra looks fresh in her new avatar, as slips into the shoes of Mira Kapoor  - a divorcee trying to remember the missing portions of her memory while being questioned in a murder investigation. The trailer tries to shed light upon Mira’s past and present focusing attention on her happy days as well as her current state of mind.

2 months ago Yet another hollywood remake. No thanks! Not interested!

2 months ago It is a remake of Emily Blunt's 2016 movie with the same name. Why do we need to make Hindi remakes? Why can't we have the original cinema?