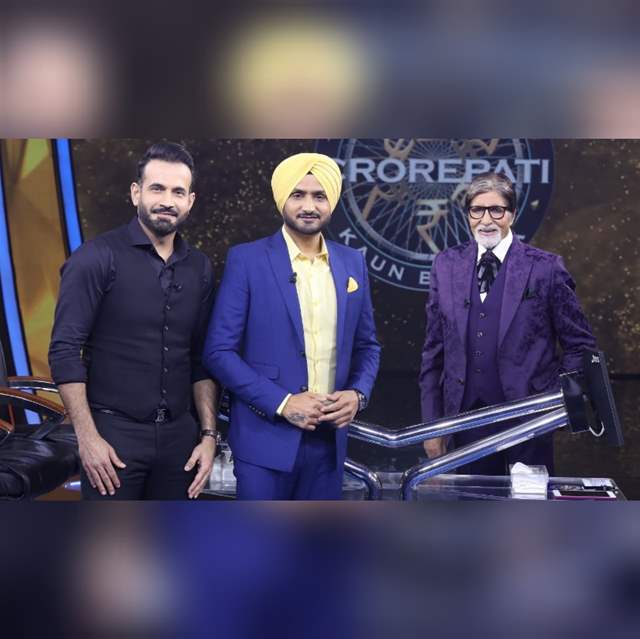 Sony Entertainment Television’s much loved game reality show, Kaun Banega Crorepati has inspired millions of dreams across the nation! The show that is hosted by megastar Amitabh Bachchan will be telecasting its final episode of season 13 tonight on Sony Entertainment Television. The Shaandaar Shukriya episode will see the presence of legendary cricketers Harbhajan Singh and Irrfan Pathan, who will be sitting on the hot seat opposite host, Mr Bachchan.

The show will see the duo engage in many fun and interesting conversations with Big B and break into a, ’Bhangra’ routine much to the delight of the audience memebrs. Not only this, Irrfan Khan will be seen singing 'O Mere Humsafar' and Amitabh Bachchan lends his soulful voice by singing, 'Eklaa Cholo Re.'  The show will also witness a cricket match between the host, Mr Bachchan vs the two cricketing legends where, Harbhajan Singh will be seen bowling in his signature style where as Irrfan Pathan will be seen wicket keeping.

The winning amount will be donated to the great causes of NGO – Tera Tera Foundation of Harbhajjan Singh's, which helps in building houses, providing food and free education for the underprivileged kids  followed by Irfan Pathan's foundation named after his father Mehmood Khan S- Pathan Public Charitable Trust which helps in providing underprivileged and economically backward segments of the society.