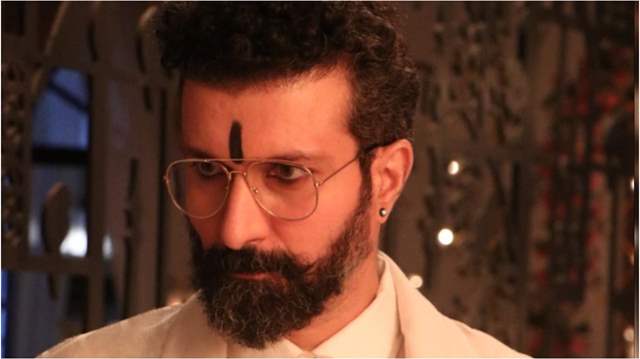 Star Plus has made a great stride towards elevating television dramas with their show 'Rajjo', beautifully written and created by Mukta Dhond. With an enthralling storyline of athletically gifted mountain girl who doesn't realise what fate lies ahead for her, she takes on a challenge to overcome her poverty and make her dream come true with the help of a kind yet reluctant man. Sidharth Vasudev, who plays the negative role of 'Pushkar', talk about his character and more.

Sidharth Vasudev is one of the most talented and popular actors on television. He has been a part of television serials essaying captivating negative characters, which garnered him quite the attention. His character in 'Rajjo' plays a pivotal role as the cornerstone of villainy. 'Pushkar' will play with Rajjo's emotions in a way that is sure to leave the audience in a state of shock. The show makes it difficult to trust his character, and it really showcases the multitude of talent they all have. Let's find out what Sidharth Vasudev thinks about the show.

Sidharth Vasudev, aka 'Pushkar' talks about his show 'Rajjo', he said, "We have a big family in the show. I had not worked with anyone before except Gungun Uprari (Manorama). But all of them are so sweet and warm. There is such high and positive energy when we all are doing a scene together. And each and everyone is doing a superb job. And above all, we are blessed to have such a talented and supercool director. In fact, the whole team is a pleasure to work with. Rajjo is a very good show. It may sound cliche but this show is really different. I just hope and pray that our show reaches the heights that it deserves."

Produced by Bits and Bots media, 'Rajjo' is a show where we get to see the story of a young, gifted girl who is exceptionally talented in athletics with an unknown past who ends up following a path which her mother never wanted her to. A reluctant young man, Arjun, saves her from a tragedy and helps her get a new life. When 'Rajjo' asks for Pushkar's help in finding her mother, all he will do is betray. Kya Rajjo apni maa ko dhoond payegi ya Pushkar k jaal mei fas k kisi naye musibat mei fass jaegi?

+ 3
2 months ago OMG, he played Ranbir Bali in kasam Se, he's damn good actor. I like the show so far

+ 4
2 months ago He really does a good job in portraying that sly antagonist.

+ 2
2 months ago Loving his acting in the show. He will be a great villain character and feel will do full justice to the plot. Looking forward to seeing his negative shades.