View Profile
Rani Mukherjee, Bollywood's 'Queen of Hearts' becomes the 'Queen of Dance' as she dons the role of a judge in Sony Entertainment Television's Dance Premier League, produced by Cineyug. 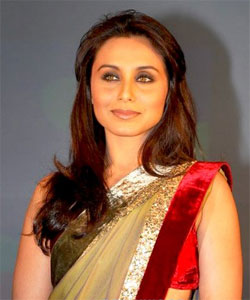 Featured Video
Wearing a golden sari with maroon border that beautifully reflected on her dusky skin, Rani did not have to make any effort to blow the breath out of every sane guy in the vicinity. Unabashed even after making the press wait for more than two hours Rani brazenly went on to answer its questions after making a statement of apology for 'the slight delay'.

What is the criterion of your judgment of the contestants?
I'm gonna judge them on their passion for dancing, their level of performance. Basically I'm the voice of the people.

What is the importance of dance in your life?
I think dance is something which I have in me right from childhood. I love dancing. I'm very very passionate about dancing and that's the reason why I've learnt Manipuri and Odissi. But I like all forms of dancing (irrespective of my training). When I see somebody dance I'm just charmed into a statue…I just can't take my eyes off that person. Dancing is something which is so beautiful, something that gives a lot of happiness to your soul. Dancing is everything to me! I consider dance and music as two synonyms for me.

Your last film 'Dil Bole Hadippa' was heavily panned by the critics. Why?
You know that question would best suit the critics (laughs).  the best form of flattery is criticism, if you're so important that people are criticizing you, it means you as an individual make a difference. I think you should take criticism… not in a light way… but in a way so as to make a change in yourself…in a positive way. You should take it in a way that's gonna help you…work better and do better. If somebody criticizes somebody else on their work…then I think they are just trying to say that we love you and we want you to improve and work harder.

Will there be a 'Judges' performance in this whole show?
No, I think Sony might not be able to afford it after what they've already gotten me onto this show for (laughs). So that's a little dicey question right now.

Can we regard your involvement with DPL as the start of many more on television?
Yes, absolutely! (Smiles)

But don't you think you've delayed your arrival on the small screen just a tad bit?
You cannot arrive immediately on television…it always takes time. (laughs) Television is a medium which reaches out to more that 50 million people. There are a lot of audiences out there who don't prefer to visit the theatre but instead enjoy getting entertained within the confines of their cozy homes. So this is a very good medium to connect to my millions of fans who've given me so much love. But I was just waiting for a chance where I share my interests too. So here its dance and it was but natural that I take this offer up.

Are you going to be 'khadoos' on the show?
No no… I'm not going to be that! (laughs) Like I said I'm the voice of the junta. That is the reason why I've been invited on this show. Because to evaluate the technicalities we have trained choreographers as the judges. What's the position of hands, are the toes pointed enough …all these will be judged by professionals like Shiamak Davar. I'll be seeing the performance like an ordinary person. I'll just see if I'm enjoying the performance… but whether I'm 'khadoos' or not you'll come to know when you watch the first episode.

What serials do you watch on television?
I will not say that because then I'll have to diplomatically say all the serials I watch are on Sony. That's a personal thing for me…what I do in my bedroom and what I watch in my bedroom.

But what kind of shows?
Dance based shows.

Lastly, tomorrow is Mr. Bachchan's birthday. Would you like to wish him?
I would like to wish Amit uncle a 'Very Very Happy Birthday'. He is one of my all time favorite stars and once again, I wish you a very happy birthday uncle! 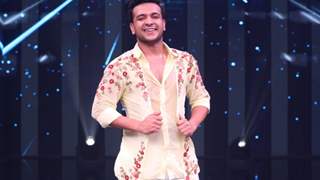 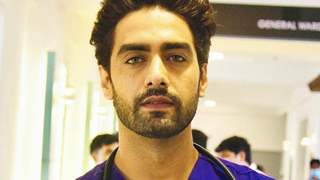 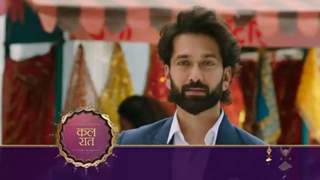 + 4
12 years ago gosh her responses are so well put and elegantly said.

+ 6
12 years ago Rani is the best.. I jusst love her.. Hate that every where they say her movie DBH flopped, when it didnt ..

waitin to see her on d show!..n she looks sexy in tat pic!