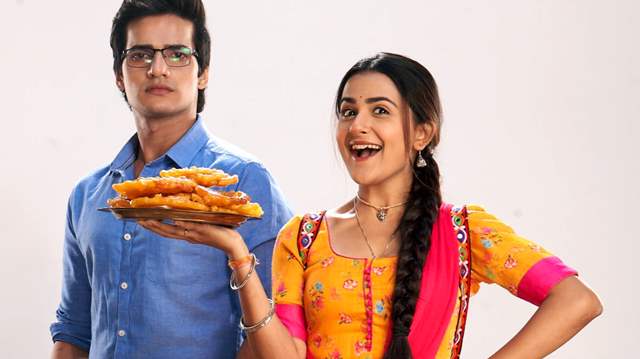 It is known that countless numbers of youth come to Mumbai to become a part of the entertainment industry, but in the case of Actor Aashish Bharadwaj, he made it a reality. With limited resources in hand and a big dream, he came all the way from Khatauli, Muzzaffarnagar. Starting his career with a small role for Ekta Kapoor’s serial ‘Kasauti Zindagi Ki Season 2’, he was able to build a mark in front of the audience and landed a lead role as Siddharth in the serial ‘Mithai’.

When asked Aashish Bharadwaj about his experience working on Mithai, he mentioned, “When I was first approached for this part, I could relate with the story and character in the very first go. Understanding that this story was already a success in Bengali television, did add a lot of challenges but at the same time, it encouraged me to prepare even more. I really like what my character represents and while each day is a new challenge on the set at the story developers, it encourages me more and more to work hard.”

Looking at the chemistry the cast shares backstage on Aashish’s Instagram account, when asked in detail about the cast’s bonding, he fondly mentioned “I am very fortunate to get a very supportive team to work on this project, it always feels as if they are just my extended family as they love and care for me so much. I’m really glad to be working with a very dear friend Debmatta and the whole cast of Mithai".