View Profile
Pakistani actress Meera is on the lookout for fortification from the Punjab Government, subsequent to a current "terrorists" assault on her residence. 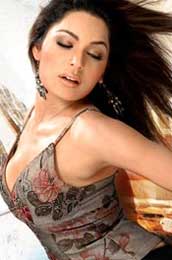 Featured Video
ted that she was beneath invariable risk from a particular grouping of terrorists whose leader goes by the name of Attiqur Rehman, her ex- business associate.


"The terrorists attacked my house aiming to abduct and kill me", according to sources that is what Meera assured.


Though the man wasn't ultimately victorious in his effort, a horrified Meera instantaneously phoned her guru in Bollywood, Mahesh Bhatt, and screamed for aid.

Mahesh Bhatt confirmed, "Yes, Meera did call from Lahore. Some guy claiming to be her husband tried to break into her home and kill her! She needs help."

Meera exposed that she had been guaranteed sufficient safety by Punjab Governor, Salman Taseer.

She supposed that Attiqur, believed to be her spouse, started frightening her following her withdraw from their joint business.


Her matrimony was publicized on Sunday, Attiqur Rehman claimed that he had contracted wedding with Meera in  September 2007, along with documentary proof.


Pictures of the marriage were also reportedly released to some TV channels. But, Meera has still denied the marriage


The attack included 10 gangsters attacking her house and torturing her brother-in-law and sister. Luckly, she was not at home when the incident occurred as the terrorists anticipated killing her.