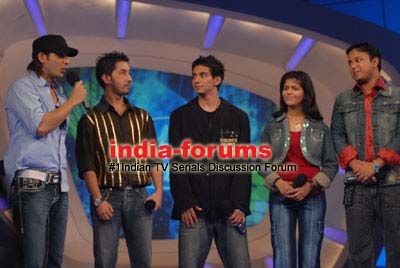 Hearts are thumping heavily, the suspense is killing as the fate of the Indian Idol contestants Amit Paul, Ankita, Padmanav and Suhit is about to be decided. The Viewers are now out with thier results, the waiting game is on till we find out who bids adieu this Friday?

The tiff between Alisha Chinai and Javed Akhtar over Alisha's blue-eyed boy Suhit took an interesting turn this week as Javed Akhtar apologises to Alisha for his comment that "Love is not only Blind but Deaf too". This is just the beginning as more drama is to come as the contestants took to the stage to exhibit camaraderie, with their performance on Salaam - E - Ishq number...

The stage started to sizzle as the Heartthorob of the Nation Zayed Khan made an appearance as the Guest of the evening. Zayed Khan has had pleasant memories of Indian Idol as he was seen in its first ever season too. Zayed too confessed he has been following the show and thought that with each season the talent has been growing in leaps and bounds. 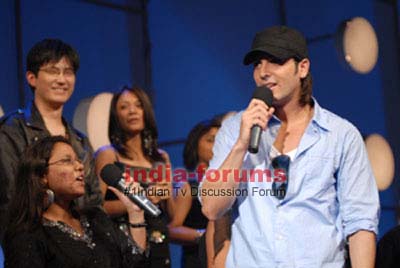 Lest you think Zayed is jobless and sitting at home watching television, he quickly requested everyone to watch his forthcoming film, Vikram Bhatt's Speed. "I am sure all the youngsters will enjoy it!" he says.. "I did. .. working in it!" . Zayed Khan then boosted the confidence of all the contestants with his advise "The one who sings from the heart and with complete sincerity is bound to be a Winner".

The pulse rate of all the 4 wild card contestants races high, as the people's verdict comes in. More drama unfolds as the judges ask for more time to give out their verdict.. In order to ease out the tension and chill down, the contestants decide to perform a medley of songs..

The stage goes rocking as Richa and Jolly perform on the Main Sadke Jawaan number... Smita and Deepali keep the momentum going with Baras Jaa Ae Baadal Baras Jaa... With some fabulous performances by the girls, the boys cannot resist getting on stage, Prashant and Parleen give a wonderful rendition of Chain Kulli Ki Main Kulli...

The contestants reach a high peak while performing, thus indicating to one and all that their tension has also reached the highest level now... But the wait is not yet over... To make the 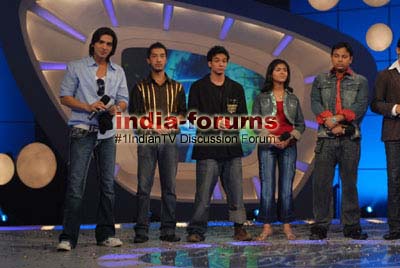 going smooth, Emon, Pooja and Abhishek create magic with thier Ek Chatur Naar Kar Ke Singaar, that results in a laugh riot... More laughter in store as Emon gets to his mimicking best as he sings "Jaanu Ke Jaanu Naa" in the voice of Annu Malek which prompts Javed Saab to pass the verdict, "Annu sings well in the voice of Emon"... The show stealer was ofcourse the boy from Bangalore, Abhishek who caught the attention of Udit Narayan with the song Chand Chupa Baadal Main.... Udit Narayan made his grand entry on the stage with his tacky Kintu Parantu Bandhu comments.... Catch all the Action and much more this Friday...

So folks, wait with bathed breath, as the moment of truth is just around the corner... The Result will be out this Friday on Indian Idol at 9 pm, only on Sony Entertainment Television.... Keep you eyes glued to your TV sets...

+ 4
15 years ago suhit in suit also he got pants rolled from one side?

15 years ago Cant wait for friday.. Awesome article btw! One of the best from telly buzz!

15 years ago Sounds like an exiciting epi. The tension is paramount with the wild card entry.

+ 5
15 years ago Omg this sounds interesting..Cant wait for Friday now..
Thanks a bunch for the article.