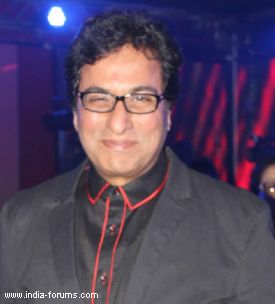 Ghazal singer Talat Aziz, who is making his debut as a radio host with "Carvaan-E-Ghazal", says the space is dominated by Bollywood music and he hopes his show brings in a whiff of fresh air.

"Radio channels have been dominated by Bollywood music and this is a bold step by the team to introduce an exclusive ghazal show," Aziz said in a statement Thursday.

"Carvaan-E-Ghazal" will offer listeners a chance to appreciate beautiful ghazals, qawwalis, sufi music and unheard-of stories behind them.

Through the show, Talat Aziz will play specially chosen ghazals and share a treasure trove of anecdotes and trivia from his own life and the music fraternity.

The show will also invite celebrated artist from the music industry for special episodes.

Aziz launched the show in the presence of his friends and fellow ghazal singers Anoop Jalota and Pankaj Udhas, who will feature as guests on the show.

"We are sure this attempt will be well-received by all music lovers," added Aziz, whose first album titled Jagjit Singh presents Talat Aziz was released in 1979.

The ghazal maestros also performed a small jugalbandi at the event.

Harshvardhan Rane blames his DNA for Break-up with Kim Sharma!

Bigg Boss 14 contestant Pavitra Punia opens up on break up with Pratik ...

Jay Soni took a break from his busy schedule and spent some time in ...