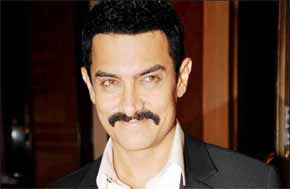 Bollywood star Aamir Khan knows his latest release "Talaash" does not cater to a universal audience, but he is glad with the response it has received.

"'Talaash' is not a universal film. There is a supernatural element in this film and it was a risky film to make. Around 80 to 90 per cent of the audience liked the film," Aamir told reporters here Tuesday.

He says his next release "Dhoom 3" is a universal project.

"Even kids will like that film. But 'Talaash' has got a different audience," said Aamir.

"But I am glad that the film has opened so well and is doing good business at the box office. What made me really happy was that the emotion that I went through while shooting for the film, even the audience went through the same emotion while watching it," he added.

Aamir, who plays a police officer in the movie, says "Talaash" has a repeat value.

"I don't think that a suspense drama does not have any repeat value. In fact, the audience is liking the film more when they are watching it for the second or third time. The film has not got 100 percent positive response as many people may not like the supernatural films, but 'Talaash' has repeat value," he said.

Aamir feels the movie will inspire filmmakers to push their creative boundaries.

"I am happy that the audience is liking this films. It is a very difficult film to make. When such film work at the box office, it pushes the boundaries for the creative people to explore their talent," he said.

He says the team behind "Talaash" is not planning a sequel as of now.

Malaika Arora shares her biggest challenges upon Testing ...
6 minutes ago