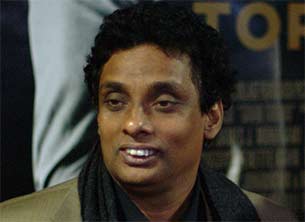 He explained that post independence Sri Lankan music lovers came to Shantiniketan in West Bengal, to study music and after they returned "they created indigenous music mixed with Rabindrasangeet".

Elaborating on the Indian connect with Sri Lankan cinema, he said filmmakers like the late Rituparno Ghosh and Budhhadeb Dasgupta have influenced his generation of filmmakers.

However, he pointed out that the big Bollywood productions are released immediately in Sri Lanka, whereas the art films are not screened now.