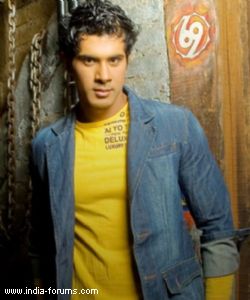 We contacted Tabrez who told Tellybuzz, "Actually I got married on October 7th, but some rituals were remaining due to some family issues. To complete all of them I had to go to my home town but at the same time I had some prior work commitments. I was shooting and I also completed the rituals that were pending. By God's grace I have managed both properly."

We congratulate Tabrz for taking his life to a new level.

--AROMAL-- 8 years ago CONGRATULATION TABREZ..!! have a good married life..keep her happy surely u will :) keep smiling !! and give us a good new soon hahahahaha...!!

@ritviksuku...whats the problem with u ???? u people hate her then y u just want to talk about her all the time... yyy????? she is not related to that article...

Akankshaa. 8 years ago @ritwiksuku; aren't you making her more popular by mentioning her in articles she ain't related to? ;P

dazzlingflora 8 years ago he got married in october and they're giving the news now!!!!! Well, congrates..

Shaina_b 8 years ago Is this the same girl he talked about on Farah Khan's show??

he is equal to tht vahbiz in the show...he is also married & no news till jst giv it nw &

LovelyAbhiya 8 years ago tabrez missing u as danish... missing our PKYEK and ABHIYA so much ...we wanna c u all back in PKYEK 2...
many many congratulations for ur marriage... good luck 4 future...