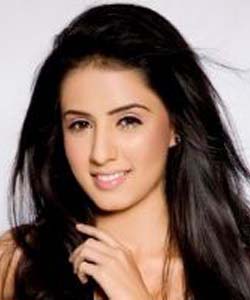 It's been often suggested that Colors' Hamari Saas Leela would be going off air soon. And it's been now confirmed that the Neela Telefilms' show will soon bid adieu to the channel by this month end.

With this development, the storyline now moves to a high point end.A source from the sets informs, "As of now Kirti (Priyamvada Kant) and Anamika (Swati Kapoor) both have learnt about each other's secret. Kirti will be the one who will try to kill Anamika. The confrontation will end with Sejal pulling out a gun. Seeing this Leela (Apara Mehta) will be the one who will stop Kirti from doing this but amidst the commotion the bullet strikes Anamika."

"Anamika will breathe her last. But who has actually pulled the trigger is still a mystery that will unfold in the coming episodes, "adds the source.

We contacted Swati Kapoor who says, "Yes, I will be shot dead, but I don't know I will be back or no."

So is this the end for Anamika? Or as seen before, will the dead return?

+ 2
9 years ago i dont watch that show the show was just then interessting when kerti has done problem with leela and how leela fighted agaitnst her
but i mean how can be the family members so stupid and unlogical
does leela still believe that kerti sudhar gayee?

+ 4
9 years ago who watches this stupid show
TB plz dont waste time on such stupid show articles
why dont you give us any rocking articlle abt the awesome leads of the show DIYA aur BAATI hum on STAR PLUS.

11 years ago I really like abhay deol ..he chooses his scripts well..always something fresh and interesting