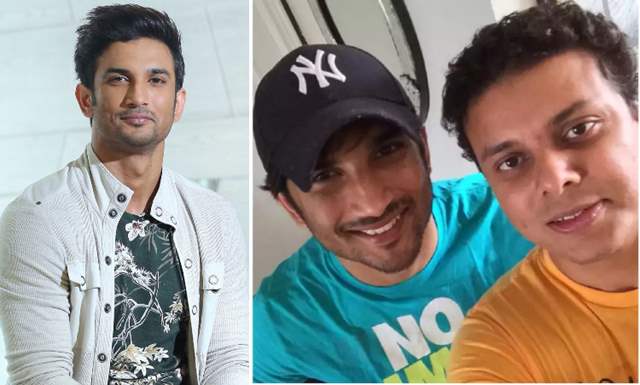 Sushant Singh Rajput’s sad demise shocked the entire nation. His family members, friend, and even fans are at a huge loss and they have been seeking justice for the late actor. The actor passed away on June 14, 2020, at his Bandra residence.

The late actor’s sister and the rest of the family have always updated his fans about the recent developments in the case through their Instagram account or Twitter handles to seek justices while asking everyone to unite with them in this fight.

Now here’s a throwback video of SSR from his sister Shweta Singh’s wedding that has taken the internet by storm.

Sushant’s sister Shweta Singh Kriti’s husband and actor’s brother-in-law Vishal Kirti on his YouTube channel. The video features the late actor attending a wedding and going up on the stage to greet his sister and brother-in-law with father Krishna Kishore Singh and other sisters.

Previously, Sushant’s sister Shweta Singh Kriti remembered her brother as she shared a video of him talking about his love for his sisters, amid allegations that he had a strained relationship with them.

Also Read: Sushant’s sister Shweta is Proud of her brother as he says, “Whatever I have learnt, is all from my sisters”

Apart from that, Sushant’s brother-in-law and Shweta Singh Kriti’s husband - Vishal Kirti had also spoken about the fateful night of his death and how his sister Shweta Singh Kirti reacted to this devastating news. Spilling the details on his personal blog Vishal mentioned that even after two months, their eyes remain teary and the fight to know the closure continues.