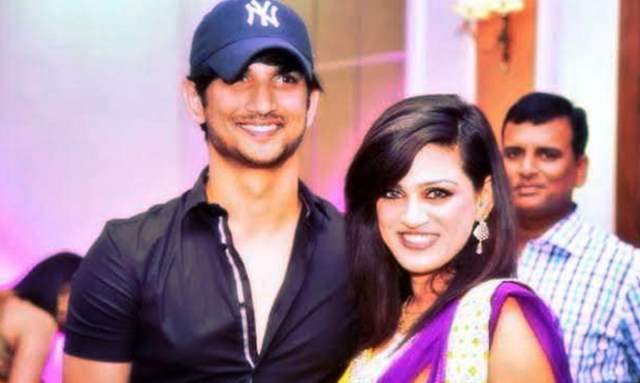 Sushant Singh Rajput’s sad demise shocked the entire nation. His family members, friend, and even fans are at a huge loss and they have been seeking justice for the late actor. The actor passed away on June 14, 2020, at his Bandra residence. While there have been huge developments in Sushant’s investigation, many affiliations have been interrogated by the authorities.

Amid all the developments, Sushant’s sister Shweta Singh Kriti remembered her brother as she shared a video of him talking about his love for his sisters, amid allegations that he had a strained relationship with them. The following video was first published in 2017 from a special programme during which Sushant personally made Rotis for Indian Army officers and served food to them. In the clip, he is seen eating with everyone and talking about his family.

In the video, Sushant says that he has learnt everything from them - be it learning how to ride a bike or his love for physics. Her caption read: “Mera Bhai... love you infinity to the power infinity You will eternally remain in our hearts. #Warriors4SSR #JusticeforSushantSingRajput #LoveUBhai #infinitytothepowerinfinity #Godiswithus”

Check the video below:

While his sad demise has got the best of his fans, Sushant’s sister Shweta has been updating his fans about their family's well being. The two siblings were very close with had hardly any age gap between them.

The late actor’s investigation has not been any less of a turbulent ride for the authorities. While a month had already passed since Sushant’s sad demise, fans and several close friends including a few politicians demanded a CBI inquiry into the case. Finally, the process of handing over the case to CBI was initiated on August 5. Meanwhile, Shweta even lauded the center for pushing the case for the CBI probe.

Breaking
Breaking Namish Taneja back on ‘Aye Mere Humsafar’ sets after ...
7 minutes ago

No Escape Plan for Rakul; To Appear for Questioning before ...
14 minutes ago

Deepika Padukone to Reach Mumbai From Goa in Charter Plan; ...
29 minutes ago

Bigg Boss 14: Tinaa Dattaa shuts rumours with a quirky ...
an hour ago