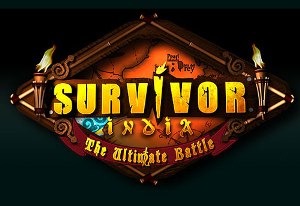 It seems that the Star Network is not leaving any stone unturned to make their new channel launch a big hit. It is no secret that Star One is being revamped into Star Desh in the coming months but the truth states that the officials are planning to execute a huge marketing strategy to ensure that Star Desh is launched on a grand scale.

A number of shows from different genres are lined up to go on air on this new channel. But the latest development we hear is about the reality shows on Star Desh.

A source informs, "Along with the much awaited reality show, 'Sach Ka Saamna' whose promos have already hit the screen, Star has now shifted yet another reality show Survivor India – The Ultimate Battle to Star Desh. Sach Ka Saamna will be the first reality show on the channel while Survivor will follow the former."

The media has reported about Survivor taking over Just Dance on Star Plus. So does that mean the show will be pushed forward? "Survivor... will be launched by March next year only after Sach Ka Saamna sees an end and therefore the finale of Survivor is yet to happen. It will take place only once the channel goes on floors," states the source.

Let's wait and watch to see who survives this test of the time!

TheMaaneetian 9 years ago idk about any other show...JUST DONT END GEET!!!:)

maaneetdil143 9 years ago not itrested in all these new show...plz plz plz dont end ghsp

+ 3
9 years ago Do whatever you want, but PLEASE continue GHSP on stardesh!

9 years ago why d revamp?? put in new shows, keep good old ones and leave it as star one..sounds catchy...with star desh u can only expect some more trips to some more villages...which is amply available on other channels...