The car carrying Rajasekhar and his family members was attacked in Panjagutta in the heart of the city when they were going home from the railway station.

The actor, his wife Jeevita and their two teenaged daughters received minor injuries and the windowpane of the car was smashed in the assault. They received treatment at a private hospital.

Rajasekhar and his wife alleged that Chiranjeevi was behind the attack.

Panjagutta police registered a case on a complaint by Jeevita, a former actress. She alleged that some people in four cars chased them and attacked their vehicle. In the complaint, Jeevita said she suspected the attackers were fans of Chiranjeevi.

Rajasekhar had stated Sunday that he would not join the political party proposed to be floated by Chiranjeevi, as the latter had no political experience. He was talking to reporters in Bheemavaram in coastal Andhra Pradesh.

Angered by Rajasekhar's comments, Chiranjeevi's fans staged demonstrations against him. Protests were held at Guntur and Vijayawada as the fans demanded an apology.

As the actor returned to Hyderabad early Monday, a crowd chased him and attacked his car. The driver sped away the vehicle. 'They threw stones and chased us. They wanted to kill us. Anything could have happened,' said Jeevita.

'Is this democracy? Is it wrong to say that Chiranjeevi has no political experience? Can't I express my opinion in a democracy?' asked Rajasekhar, as he spoke to reporters after the incident.

'Mr. Chiranjeevi. Is this what you wanted? This is not leadership. If you want to become a leader come in the public. You can't become a leader through violence,' he added.

Chiranjeevi along with his brother-in-law Allu Arvind later reached Rajasekhar's house and met his children. Rajasekhar and his wife were in a television channel's studio at that time.

There has been speculation here for some time that Chiranjeevi will launch a political party soon. 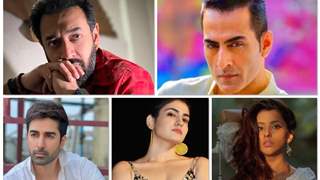 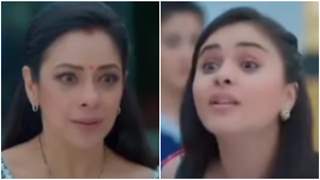 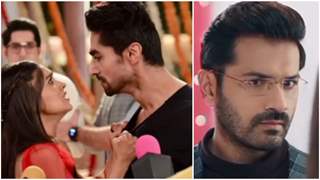