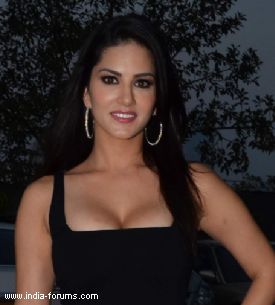 Indo-Canadian adult film star-turned-actress Sunny Leone, who is in her life's "best phase", says she would love to experience motherhood but right now, she is focussed on Bollywood.

"I would love to have babies but I don't know when. This is one moment which I can't replace ever in my life. This is the best phase of my life and my focus is on Bollyood."

Sunny, who is married to Daniel Weber, says the choice of working post motherhood depends on an individual.

"I am married now and may be I will have kids and continue with my work even after that. We are in 2014. It's an individual experience, individual decision (to work after having a baby)," she added.

Most actresses build a career in filmdom before marriage, but Sunny says her life has been in reverse gear.

"My life has gone backwards. I think I am an entertainer and it shouldn't matter whether I am married or have kids or whatever. But I have to say I have a very supportive husband and family."

"He is not going to hold me back from doing a role. If the role is sexy, we work through it as a couple," said the 32-year-old, who married Weber in 2011.

She says making a place here has been tough.

"It is difficult because the industry is new for me. It's difficult because you don't know what is right and what is wrong. Are they the right people? Or are they going to take advantage of you? All these questions are always there, but you have to believe that your decision is the right one," Sunny said.

"I feel business and entertainment are similar no matter wherever you work," said the actress, who will soon be seen in horror film "Ragini MMS 2"