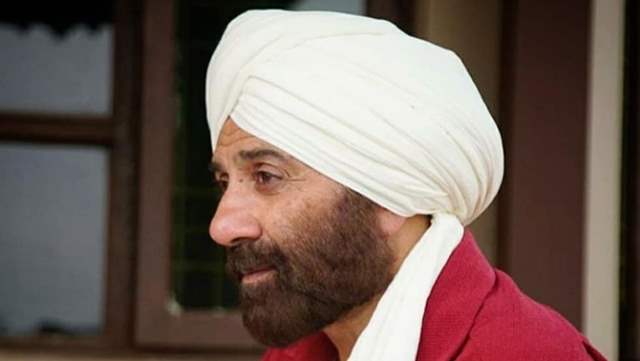 Sunny Deol is gearing up to embark upon a new journey with the sequel to his 2001 blockbuster, Gadar: Ek Prem Katha

Finally Sunny Deol and Ameesha Patel have finally started shooting for the much-awaited sequel, ‘Gadar 2’. The film will also star Utkarsh Sharma in a lead role.

We have got some new pictures from the sets of the film and these images are sure to get the fans excited.

While in one picture, Sunny is seen giving his first shot in front of the camera, others show the team posing with men in uniform which also included General Surender Sharma.

Helmed by Director-Producer Anil Sharma, the film will reportedly take the story of Tara Singh and Sakeena forward.

According to some reports, Anil Sharma and his team of writers have been trying to crack the plot of a sequel to ‘Gadar’ for a while now and they finally have the entire screenplay in place.

Elaborating further, the report added that much like the first part, the sequel too will speak of the India – Pakistan conflict with Sunny Deol taking down the entire country.

Apart from this, Sunny and Anil will also reunite for 'Apne 2' which will also feature Bobby Deol, Dharmendra and Karan Deol in lead roles.

Apne 2 is also being planned. It needed prep and it’s all in the works now. Once we feel we are prepared, we will start shooting. We obviously could not have made Apne 2 and Gadar 2 together.”

For those not in the know, Apne 2 has been in the pipeline for over two years. Plans were afoot to take it on floors and shoot a major chunk of the film in London.