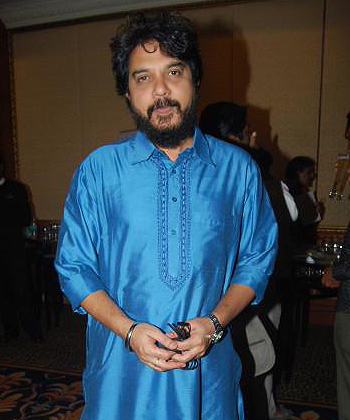 Along with the romance brewing between Zain (Harshad Arora) and Aaliya (Preetika Rao)  in Beintehaa on Colors, the show has managed to keep the viewers hooked on to the story with the current mystery track. To spice things up the show now has a new entry in the form of noted actor Sunil Sinha who was seen playing pivotal roles in Junoon - Aisi Nafrat, toh Kaisa Ishq and Preet Se Bandhi Ye Dori Ram Milaayi Jodi will enter the show to throw some more light on the mystery behind Barkat who is supposed to be Usman Abdullah (Naved Aslam) and Suraiya's (Suchitra Pillai) daughter.
We had earlier revealed to you that Zain and Aaliya will discover clothes and toys belonging to a child at the bawdi which will leave them intrigued. Furthermore, the presence of Usman Abdullah and Suraiya who seem to be knowing something more about it adds to the mystery element.
Says our source, "Aaliya who tries to get to the bottom of it all gets to know that Barkat Villa is actually named after Usman and Suraiya's daughter Barkat who has mysteriously disappeared long back. Even though no one mentions her name and not many know about her, her parents have still not yet come to terms with their daughter's mysterious disappearance years back. Suraiya's hatred for Bhopal is also related to this disappearance and since Usman knows about all this even he sides with her despite the fact that Bhopal is his hometown and he loves the place and the people out there."
"Sunil Sinha playing an important role in the show will come in to reveal all this and what his role is in it all will also come to light. Further we will also see the entry of Barkat who will be Zain's elder sister who will take her mother's side and try to create differences between Zain and Aaliya."
Currently, it seems the hunt is on for an actress to play the role of Barkat who will enter the show at a later stage. Apart from Sunil Sinha, even veteran actor Arif Zakaria was considered for the same character. We tried to get in touch with Sunil Sinha but were unable to talk to him but it seems he will start shooting for the show soon enough.
Seema Khot Mattoo

+ 2
7 years ago Harshad Arora and Preetika Rao are AWESOME! Excited for the Nikaah!

+ 5
7 years ago The track is turning out to be exciting..
Preetika Rao and Harshad Arora are doing a great job!!

7 years ago Exciteddd for the upcoming track..!
But why is Barkat goin to be negative:(

7 years ago Loving the current track in Beintehaa.

Harshad and Preetika - Love you both lots...

+ 2
7 years ago Thank god for not dragging the show with Barkat track! Each episode shows something new and unpredictable! I hope Barkat is not a negative character...
Harshad Arora is superb with his lines and expressions! Preetika Rao is, as always, awesome &lt;3

7 years ago absolutely love the pace with which this show is progressing. no dragging nonsense. and so glad that suraiya's hatred is not baseless. awesome acting by everyone.
bas, hopefully barkat is not a totally negative character.