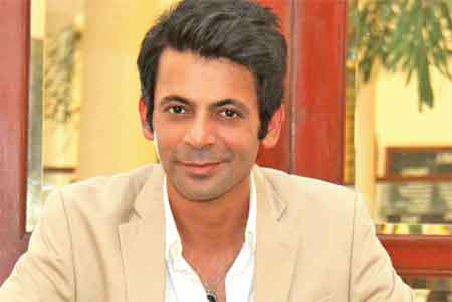 There has been buzz around the corner that Sunil Grover who plays Guthi has left the show Comedy Nights with Kapil owing to some differences with the channel and the production house. Well, to shed some light on the same TellyBuzz tried to know the entire story.

Read on to know more...
The popular character of Guthi which became famous through the K9 Productions popular show Comedy Nights with Kapil which airs on Colors, was not there for the past two episodes to tickle the funny bones of the audience, and thus news spread that Sunil Grover might have quit the show.

Our source informs us about the same saying, "Yes, the news is very true; that Sunil Grover took an exit from the show. This news was going around from the past 2 weeks since the time Sunil planned to go on a vacation to the US (he returned to India on 5th November). Since he was abroad he was not seen in the last two episodes of the show too."

However, the actor may come back soon adds our source, "While what has happened has happened, Sunil himself has not yet taken a decision over this issue. Things will be clear in few days and he just might continue with the show too. So the news floating around about Sunil leaving the show due to money issue is absolutely false."

Well to know the truth behind this whole story we tried contacting Sunil Grover but he remained unavailable for any comments.

The actor is very popular amongst the audience and there has been a strong audience reaction about his absence in the past two episodes and people are demanding he come back soon to the show.
We hope things get sorted soon and till then all we can say is - Guthi - Fans - Missing - Guthi
- Comeback - Guthi!
Krishma Solanki
18 Likes

VidhushiGupta 6 years ago Guthi are u ready. Juice me u cannot leave the show. U should be in ur friends (kapil) side always. Don't ever leave him. He has given you a chance that's why u are soo much famous. Ha asa thodi na hota ha. Aap aaya ha comedy night with kapil ma phool khila ha Gulshan Gulshan. Ha humera sunil n kapil ki jodi top top tip

parii2 6 years ago he has left the show its confirmed...he was d soul of d show!!

icegirl31 6 years ago He shd stay ... he sure is a funny n different character

lucky17 6 years ago gutthi is important to keep the humor quotient of the show..

parii2 6 years ago this guy has immense talent BUT if he leaves d show it will be very unproffesional & not gud..