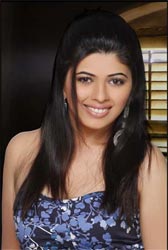 The Lohri episode of Sony's Pyaar Ka Bandhan of Balaji Telefilms saw Prateeksha (Kritika Kamra) and Shashank (Vivan Bhatena) getting closer and celebrating Lohri together. While they are deeply in love, their families wanted Shashank to marry Aaraina's sister Sumo (Megha Israni).

The coming episodes will see a major twist wherein Sumo who realizes that Shashank and Prateeksha are in love, encourages them to tie the knot. But the major twist in the tale will be when Sumo's car meets with an accident, and she meets with her unfortunate death.

According to our source, "Sumo and Aaraina are in the car when their car meets with an accident. There is much tension as Aaraina tries to save Sumo, while Sumo tries to save Aaraina. In the struggle that happens, both sustain injuries in which Aaraina gets saved, while Sumo breathes her last. Sumo's death will surely be a shocker for the entire family, but this will indeed be a new beginning to the love story of Prateeksha and Shashank".

Vivan Bhatena who plays Shashank said, "We are shooting the accident sequence today. So I don't know much details; all I can tell you is that there will be a major twist in the tale".

We tried calling Lavanya Tripathi and Megha Israni, but they remained unavailable.

The accident sequence will be aired on 19th January.

+ 4
12 years ago Wish Sumo hadn't died and they had kept the origanal track,where she gave her blessing to PraSha....

+ 4
12 years ago <br/><br/><br/>creatives give us PraSha and we will make ur PKB #1 show on Sony TV that's if it's not already is because of the little little PraSha scenes we have be getting now get dem marry and see how the TRPs go even more up....<br/><br/><br/>believe me people are watching PKB simply because of PraSha jodi and if don't get dem together soon peoplle will stop watching and PKB will flop like ur other shows.

+ 8
12 years ago @love.story it will happen we have already seen the special episode aired on 17th january they showed tht one of the sisters has dies but they dont reveal her face so its obviously Sumo :(((((

+ 8
12 years ago yes gauri im not sad just feeling bad for Sumo, why do they have to put an end to sweet characters :(

+ 2
12 years ago OMGSH
ROFL...should i laff? is that impolite? but im soo happi..and wrried..i dnt wnt any1 blaming PraSha...but soo happi that one angle is Gone! Whooo! Lol
hugs&kisses
sadi

+ 6
12 years ago i am taking away all my condolences for you Sumo....because what you did before dying was unforgiveable....i can never forgive you at all

so i will say good riddance and go straight to hell...if you want to go to heaven than do a one good favour bring along your dumbo sister and your junglee families along with you...

good riddance of whole enemies of PraSha...and at last PraSha will be in peace