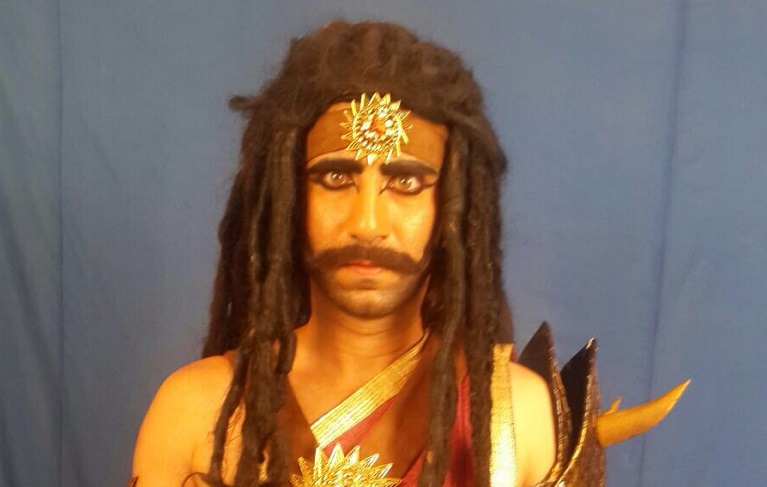 Green-eyed actor Sumit Kaul whose character of Justin just recently saw its end in the popular show Chakravartin Ashoka Samrat is doing a cameo in Sankat Mochan Mahabali Hanumaan of a Rakshash.

Be it his role in Haider or the role of Justin, Sumit is known to take on varied roles across mediums.

The actor who has never done cameos before says, "I was offered the role by the same production house as Ashoka.  I thought to myself that this is what an actor hopes for, such varied and dramatically opposite roles. So I jumped into it.  The process of turning into this character takes over an hour, which is painful.  But no pain no gain!"

5 years ago We miss you in Ashoka...now we look forward to your new role.