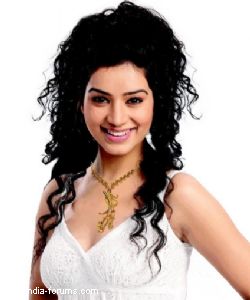 When Zee TV's Pavitra Rishta decided to take the leap, several issues related to casting popped up wherein we saw many entries and exits. The casting for the female lead, Purvi (Archana's daughter) kept jumping between Asha Negi and Shafaq Naaz.

But the latest we hear is that neither of the actresses was the first choice, but it was Sukirti Kandpal (last seen in Star One's Pyaar Kii Ye Ek Kahaani).

A source says, "The production and the channel wanted Sukirti to do the role of Purvi and they had approached her as Pyaar Kii was reaching its culmination. But Sukirti was not ready to take up any work as she wanted to take a break after the long schedule. The production house tried to convince her but all the efforts went in vain."

We tried contacting Sukriti for her comments, but she was unavailable.

All we can say is that Sukirti's loss was Asha's gain.

navelimalhotra 8 years ago suku gud n8...
have a sweet dreams...

chaaht 8 years ago COME ON DEAR WE WAITING YOU FROM AGES ...