The big moment has finally come when Suhana (Ragini Khanna), the protagonist of Ravi Ojha Productions' Sasural Genda Phool on Star Plus will confess that she is in love with Ishaan (Jay Soni). 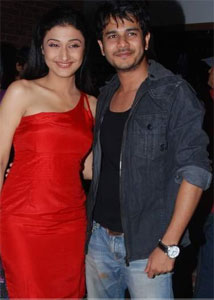 In tonight's episode, Suhana will be forced to pack her bags to leave the Kashyap house. But heart of hearts, she wants someone in the house to stop her from getting out of the house. However, Badi Maa (Supriya Pilgaonkar) and Dadaji (Sudhir Pandey) tell Suhana that it is high time that she moves ahead in life and thinks about her future. They urge her to go back to her father's house. While all the elders are convinced with Ishaan and Suhana separation, the younger generation in the house is clueless and do not know how to react. Ishaan (Jay Soni) on the other hand feels that nothing is left to be revived, now that Suhana has decided to walk out.

Our source states, "While tonight's episode will focus on Suhana's dilemma of whether or not to leave the house, tomorrow's episode will see the big moment when she will confess her love for Ishaan, before the whole family".

We hear that the scene was amazingly shot, and will give a completely new take when it comes to the manner in which it has got executed. All the actors were involved in the scene, and this is the first time such a scene has been written on television.

When contacted, Producer and Writer Zama Habib said, "Yes, the next highpoint is Suhana's admission of love for Ishaan. We shot this one particular scene for two and half days. We completed the shoot of it only yesterday. The scene has been written and picturized in a very different way, and the entire cast appreciated the way the sequence was written. They thoroughly enjoyed shooting for the scene. With this, we enter the next big phase of Sasural Genda Phool".

We also hear that in the coming week, there will be a hilarious 'suhaag raat' sequence  arranged by the family with the consent of both Ishaan and Suhana. Also, the couple will soon be going for their honeymoon, which will be yet another highlight..

We tried calling Ragini Khanna, but she remained unavailable..

Do not miss Sasural Genda Phool as love is truly in the air between Ishaan and Suhana!!

saraaa. 9 years ago What an adorable character Suhana is! And Ishaan too...Shows how perfect they are for each other

uzma.sid 9 years ago suhana n ishaan are such a cute couple on screen ragini is a brilliant actress n ishaan very much coping wid her

akhileshbmspof 9 years ago It was such an owsome episode and the plan of bari maa worked.

ishaan_love 9 years ago i saw it 2day nd it was gud...nt soooo gud bt ok...!..... a bit over acting i think bt then it was sweet till some extent.....jst hope this new love sequence does nt make the serial boring nd takes away its unity! :)

coolmimz 9 years ago Hopefully we will get the confession tomrrow

televisionfan 9 years ago this show is a classic example that love jodis are not bound by beauty but pure unconditional love for each other...i think SGP is gifted with the most amazng ensemble cast...

1tarun 9 years ago really guys m happy from deep of ma heart suhana and ishaan aree made for each othersi cn't express in words all flowers on the earth are gathered to fall on them,,,,,,,,,,