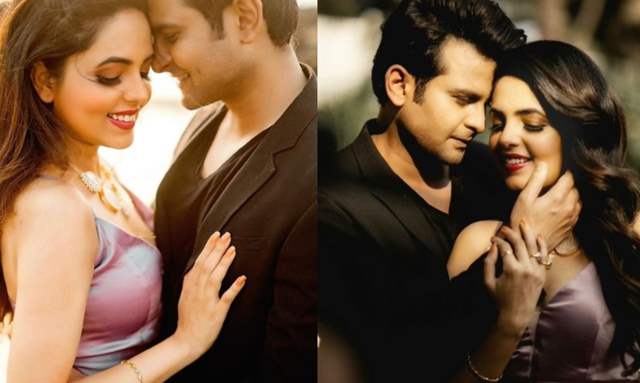 Two of the most popular comedians, namely Sugandha Mishra and Sanket Bhosale have decided to make their relationship official with the announcement of the engagement. They both shared adorable photos on their social media and fans are gushing over the two already.

.Sugandha posted a pic and wrote, “𝑭𝒐𝒓𝒆𝒗𝒆𝒓 @drrrsanket #love #life #soulmate #gettingmarried #hitched #forever #blessed.” Meanwhile, Sanket's post said, ''Found my SunShine @sugandhamishra23 #Love #Life #GettingMarried #Hitched'' Both of them look absolutely loved up in the photos they shared and it is adorable. Celebrities soon dropped in congratulations to the duo, including the likes of Tony Kakkar, Aakriti Sharma, Jaswir Kaur, and others.

Sanket and Sugandha have been in the news on multiple occasions for dating, however, the two never admitted to dating and always maintained that they are friends. The two have worked together on a couple of instances and were also seen in The Kapil Sharma Show earlier. While Sugandha is known for pulling off Lata Mangeshkar's voice when she sings, Sanket is popular for mimicking Sanjay Dutt. On the work front, Sugandha and Sanket were last seen in Sunil Grover’s Gangs of Filmistaan.