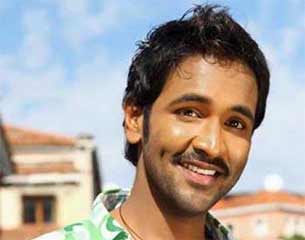 Actor Vishnu Manchu, who has been spearheading the subtitle culture for Telugu films in the recent past, says he's advocating it actively because it has had a huge impact on his film's overseas collections.

He also said that he has plans to set up a subtitling unit for Telugu films soon in Hyderabad.

"Subtitles have made a huge impact on my films' collections overseas. So many non-Telugu people have watched all my recent films and the response has been phenomenal," Vishnu told IANS.

"Moreover, the English-speaking crowd abroad is not bothered about who the actors are in a film and are usually interested to watch an Indian film as long as it has subtitles," he added.

"We decided to release 'Rowdy' with subtitles worldwide because Ram Gopal Varma is an international name. His films are watched worldwide, so we wanted to ensure that people who don't understand Telugu can also watch his work with subtitles," he said.

She's happy that Vishnu believes in her subtitling mission.

"Vishnu believes in my subtitling mission as much as I do and I am so happy about it. Subtitles definitely add revenue and the proof of this statement lies in 'Rowdy' being my fourth film with him," Rekhs told IANS.

Rekhs has subtitled over 180 southern films so far.