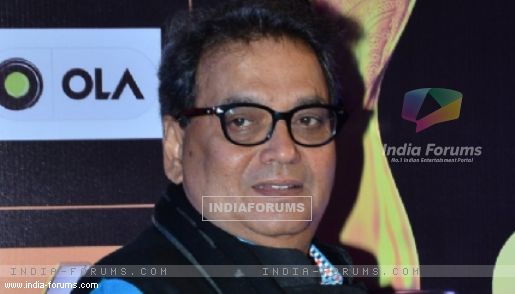 On his 70th birthday Saturday, writer-filmmaker Subhash Ghai, credited with movies like "Karz", "Hero", "Karma", "Saudagar(1991)", "Khalnayak", "Pardes" and "Taal", has spoken fondly of his lesser known talent as a lyricist.

He says penning poetry comes from the experience of writing scripts and dialogues for films, automatically.

"Actually, as a writer I wrote the story of the film ('Yaadein'), script and the dialogues. When a dialogue writer writes the script, automatically the poetry comes from dialogues. When words (are) strung together, you can create poetry from dialogues," Ghai said during a radio interview on a 92.7 BIG FM show.

Ghai not only wrote the dialogues for "Jogger's Park" (2003), but also the lyrics of some of the songs in the film. However, he doesn't consider himself a professional writer.

"During filming of 'Jogger's Park', when Bakshi sahab was not around, the songs were written by three to four writers... So whenever a song's tune was made, I would immediately pen down some lyrics. So for example, the songs 'Jogger's park', 'Kabhi pa liya to kabhi kho diya' and 'Khelenge khelenge' ('Iqbal') were written by me," he said.

"There were no ego hassles involved...I wrote the mukhra (intro) for many songs, while he would write the antara (stanza), for example, 'Taal se taal mila', 'Har karam apna karenge' and 'Zindagi har kadam ek nayi jung hai'. Because these were written in the story itself, so the songs made sense. I am not a professional writer," he added.

The filmmaker says his love for writing dates back to 1955.

"I have been writing since 1955 till date. I was about 12 years then. So the first piece I wrote was an essay for my school magazine. Then I wrote a story, plays and then in college I started writing my own stories, directing and even acting in them by then. I loved writing and reading stories, I used to read a lot of them.

"Because of that till date, if someone gives me a brief of few lines, I will be able to either make a mukhra out of it, or an entire scene out of it with dialogues. If you write for that long, then you inculcate the skill of writing too. Even when I watch movies of others, I concentrate on the writing and story," he said.

Ghai feels although films are a visual medium, if written well, their true beauty comes out. Citing the example of Aamir Khan-starrer "P.K.", he said: "...movies like 'PK', not just their story but their characters are beautifully etched out too. Movies work and credit must go to writers because they bring the story to life."

The interview will be broadcast Sunday.