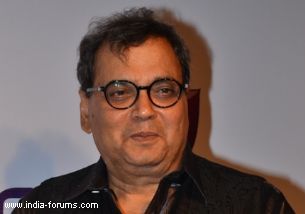 Coming out in support of film personalities throwing their hat into the ring for the ongoing Lok Sabha polls, renowned movie director Subhash Ghai Monday said the fraternity has produced some good political leaders.

"People can come from all spheres. Members of parliament include engineers, doctors, and artists and so on. Politicians work for social cause. Jayalalitha is an example of a good leader who is from the film fraternity. Then Sunil Dutt ji was also there," Ghai told IANS to queries about celebrities contesting the Lok Sabha elections.

Asked whether he has plans to direct any movie centred on politics in the near future, Ghai said: "As a storywriter I react to the situation. Kal civil war hogi ya Swaraj hoga I don't know. Jo hogi shayad uss par film banaunga. (I don't know what is in store for future, whether a civil war or self rule. Depending on the scenario, I might make a film.)"

Ghai was in the city to promote his upcoming film "Kaanchi".