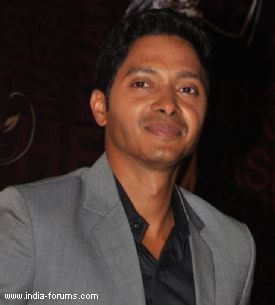 Ghai along with Shreyas' wife Deepti Tuesday unveiled the poster of the film, which stars Dilip Prabhavalkar, Aniket Vishwasrao, Hrishikesh Joshi, Pooja Sawant and Neha Joshi, among others.

"It has taken us a whole five years to get that one ever elusive script, which we felt would be the right base for the venture. We are confident 'Poshter Boyj' will be as big a hit as 'Sanai Chaughade', if not bigger than it," said Shreyas, who produced "Sanai Chaughade" in 2008.

"Poshter Boyj", to be directed by Sameer Patil, will be shot across Western Maharashtra. Its soundtrack will feature compositions of popular composer Leslie Lewis and a promotional number with Shreyas.

The film is planned for release in the second quarter of 2014.