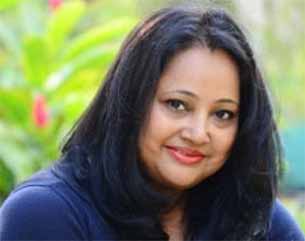 Filmmaker Nupur Asthana, the director of "Bewakofiyaan", says finding a producer for her films was not a cakewalk.

"My journey has certainly not been easy. I have struggled a lot to find producers for my films. As a newcomer everyone faces this problem, but I am thankful to Yash Raj Films (YRF), who believed in me," Asthana told IANS.

It was the prestigious YRF that gave her a chance to direct her maiden film -- 2011 romantic comedy "Mujhse Fraaandship Karoge" and her second film "Bewakofiyaan" too has been produced by the same production house.

"Mujhse Fraaandship Karoge" opened to a lukewarm response at the box office and even "Bewakofiyaan", which hit the screens Friday, managed to earn Rs.4.74 crore in the first weekend.

Asthana teamed up with Sonam Kapoor and Ayushmann Khurrana in "Bewakofiyaan" and praised the actress to the skies.

She said: "Sonam is very intelligent. She is a kind of a person who reads a lot. I couldn't think of anyone else for 'Bewakofiyaan'."