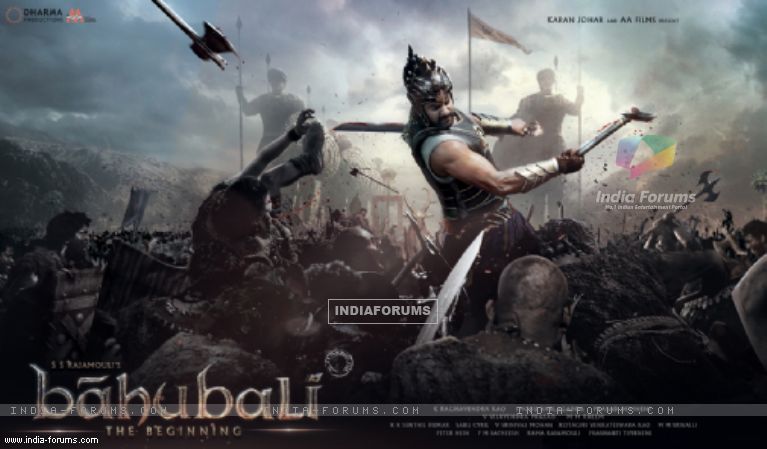 Ahead of the release of S.S. Rajamouli's magnum opus "Baahubali" on Friday, the team has joined hands with key members of Telugu film fraternity to fight piracy and has launched a tirade against pirates.

Popular Telugu producer and distributor Allu Aravind has joined the team and extended his support to stop piracy menace.

"Theatre owners have to be responsible and stop this. In most cases, movies are recorded in theatres using mobile phones and video cameras. Sometimes it even happens in the operator's room. Despite being aware, most theatre owners don't do anything," Aravind told IANS.

Said to have been made on a budget of Rs.250 crore, "Baahubali" is reportedly the most expensive Indian film ever made.

"A lot of money is riding on this project. There's a lot at stake for producers Shobu Yarlagadda, Raghavendra Rao and Prasad Devineni. If theatre owners are found aiding in piracy, they will face suspension from the industry for a long time," Aravind said.

Talking about how they can track a pirated copy, he said: "If anyone shoots the movie in a particular theatre, we'd come to know about it immediately because of a special code watermarked on the film".

The film has also been granted a "John Doe order", an order of injunction that is issued against unknown persons. This will allow authorities to even take into custody all those found downloading a pirated copy of the film.

Rajamouli says some theatres even screen separate shows for pirates.

"We've been trying to curb this menace for quite some time now. I've been told that some theatres even screen a special show at midnight for pirates to record the films and release it in the market and upload it online," Rajamouli said.

The "Makkhia" filmmaker is confident that his team will track down pirates with the help of police.