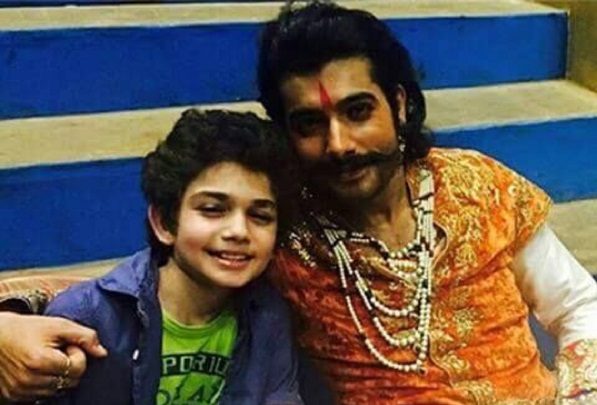 With the recent leap on Sony TV's popular historical show Bharat Ka Veer Putra - Maharana Pratap, there has been introduction of many new characters on the show.
But if sources are to be believed, the new cast has such an amazing comrade that it looks as if they have worked forever.
And the new bromance' between Maharana Pratap and Amar Singh is something to watch out for.
Said a source, "The reel life father and son pairing is just not hit on television but on the set as well. Ssharad Malhotra and Jineet Rath spend quality time with each other over conversations in between the shoot breaks. Just like Ssharad Malhotra, even Jineet Rath loves horse riding. During the supper break, both the actors head for horse riding in filmcity."
To know more about their brotherly bond, we contacted Ssharad Malhotra, who very fondly said, "Jineet is an intelligent and a dedicated kid. He is focused and gives his best shot in each of his performance. Over time, we have become very good friends and we a share a good bond off-screen too. Our friendship also helps us create wonders on the small screen."

5 years ago Amar singh is too adorable. Jineet is doing a Fabulous job

5 years ago Jineet is just adorable and cute and we just love his acting! Great job!

5 years ago Amar Singh is just adorable!!! Love both of them! BKVPMP rocks!!

5 years ago Love amar he is so adorable

8 years ago RIP Rajesh Khanna ji you will live on forever in the hearts of your fans.

+ 3
8 years ago May he rest in peace.
It's nice people appreciated his work and remembered him.