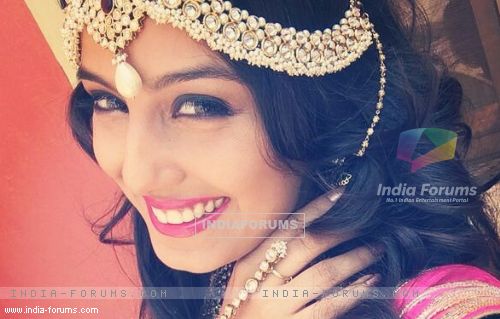 Actress Srishty Rode who was last seen in Saraswatichandra is all see to woo the audience once again by doing a special appearance in Big Magic's popular show Mahisagar.

Our source says states, "Srishty will be seen essaying the character of Rati who is the said to be the Goddess of Love. She will be accompanied by Kamdhenu who is also known as Goddess of Love. They both will come down to earth to generate love in Sagar (Ajit Thakur) for Mahi (Dharti Bhatt) but unfortunately their love story will hit a roadblock and all the problems will occurring in their life."

We got in touch with Srishty Rode for the confirmation to which she replied saying, "Yes I am making an appearance and have shot the promo of the show."

TellyBuzz wishes Srishty all the best for the show!

+ 5
6 years ago Writerji, please get your mythological facts right. Kaamdhenu isn't the goddess of love. Its a cow, sacred one at that, which has the power to fulfill wishes.