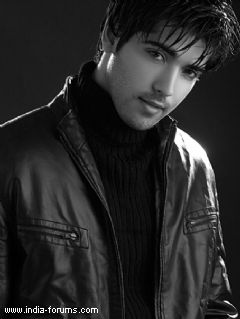 Tellybuzz brings to you a 'Spooky and Uncanny' column with our Telly celebs and tries to find out their beliefs in supernatural and their brush with the uncanny! This week we have Kinshuk Mahajan aka Pintoo Singh of Zee Tv's show Afsar Bitiya. Let's find out what Kinshuk has to share with us..

Do you believe in Supernatural?

Yes, I believe. Supernatural powers do exist in the universe and they don't need any justification for their existence. We come across some incidents in our lives, which people misunderstand to be a co-incident but I think they happen because of the supernatural powers. I believe that God is also a supernatural power and I do believe in God.

Craziest horror story you have heard as a kid?

I had one but I don't want to share.

As a kid, I always used to get scared with some things or the other. I do get scared of God.

+ 4
8 years ago I really really enjoyd this interview love u kinny.mwah

+ 3
8 years ago Thanks for thre article. Kinshuk you Rock, love you. I want to watch the Exorcism, heard about it but never really had the guts to watch it. Love you Kinshuk Mahajan Keep on Rocking Kinshuk.

8 years ago Loved all your answers Kinshuk you rock. You Rock as Pinto in Afsar Bitiya. Love you soo much Kinshuk.

+ 3
8 years ago Thanks for thre article. Kinshuk you Rock, love you. I want to watch the Exorcism, heard about it but never had the guts to watch it. Love you soo much Kinshuk Mahajan.