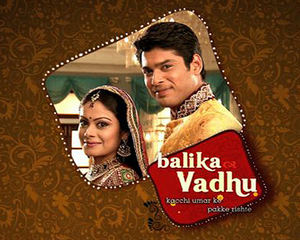 Sphere Origins' production 'Balika Vadhu', has proved its excellence by acquiring five more awards at the recently hosted Colors Golden Petal Awards 2013. It is not only the most popular show but also the flagship show of the channel and continues to entertain the audience till date.

Sharing his excitement for the same, Mr. Sunjoy Waddhwa - CMD, Sphere Origins says, "I am very happy that Balika Vadhu is still one of the favorite shows and the characters have captured the hearts of the audience. The show has recently completed 1400 episodes and I am thrilled by the success of the show. I sincerely thank the whole team along with my audience without which this would be not possible'.

NatalyMusketeer 5 years ago The only one who deserves this award is Siddharth Shukla...

seetha74 6 years ago Acting is an inherent trait in all humans with varying degrees! But some have the extraordinary talent and S S is one of them !
His ability to show case his feelings as a lover of Anandi ...depicted as a beautiful love epic...and on other occasions ...to emote the innate feelings of a rejected &deserted son...establishes his multidimensional acting talent
A macho man ...a highly talented actor ...a natural ...born actor...a dream boy for many young girls...a sought after personality in all TV functions ...Wishing him many more successful years ...many more Awards in the coming times !

Multiple vote is allowed...just vote for once then share it through any one of the given option...do not refresh/re lode the page immediately...refresh the page just after 5 mins...and then again vote...it will increase the total vote count.