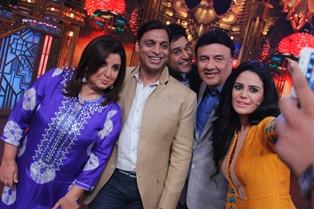 The Rawalpindi express will be running wild on Sony TV's Entertainment Ke Liye Kuch Bhi Karega as Shoaib Akhtar will be seen having a gala time on the show and entertaining the audience with his pagalpanti.

An excited Shoaib expressed his feelings and said "I am amazed with the kind of talent I got to see on the platform. The contestants and their performances were mind-blowing.  Also, it was great fun being part of the show along with Anu Malik and Farah Khan". 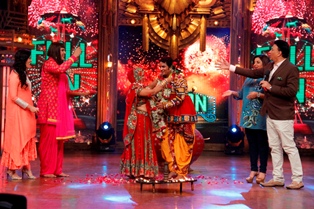 Also in the upcoming episode of EKLKBK will see 15-year old Delhi boy Rushabh Sharma mesmerizing the audience by playing the sitar. Moved by his performance Anu Malik will make his way on stage and remove the ring from his finger and gift it to Rushabh as a token of appreciation. He later reveals that the ring is no ordinary one. The ring is the same one which Farah Khan had gifted him during Main Hoo Na. That made the gift even more special for Rushabh.

It was a touching moment for the judge Anu Malik who made his way on the stage and gifted his own ring to a contestant.

Now that's once in a lifetime gift.
0 Likes