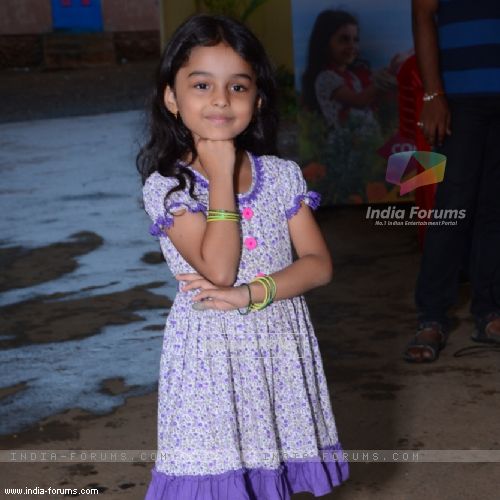 Adorable child artist, Spandan Chaturvedi, who is winning the viewers hearts with her impeccable acting skills in Colors' Udann is in pain these days. The actress injured herself during the success bash of the show which completed 100 episodes.

Our source says, "A table collapsed on Spandan's leg and she was hurt severely. Spanadan was admitted in the hospital after the accident, fortunately she has recovered and will resume shooting after two-three days. The Production unit took utmost care and even supported Spandan's parents in their hard time."

When we called Spadan's father to know about the accident, he says, "Yes, she met with an accident but by God's grace she is all fine now."
We wish the little kid a speedy recovery!

6 years ago GET WELL SOON

+ 2
6 years ago So Sad So Bad...Spandan Chaturvedi...GET WELL SOON
Gopd bless u

+ 3
6 years ago Poor kid!!! May she be protected from all evil eyes! She is so adorable! I have never seen a kid of her age with such acting skills and dialogue derlivery...